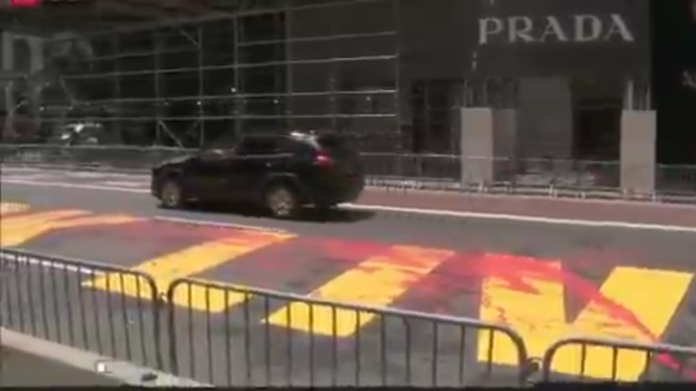 An unidentified man walked up to the giant mural outside the Midtown skyscraper and poured red paint on the bright yellow letters shortly after noon Monday, then ran off before cops showed up to survey the damage.

The mural, announced by de Blasio earlier this month, has already become a flashpoint for face-offs between pro- and anti-Trump forces — including an ugly back-and-forth on Saturday.