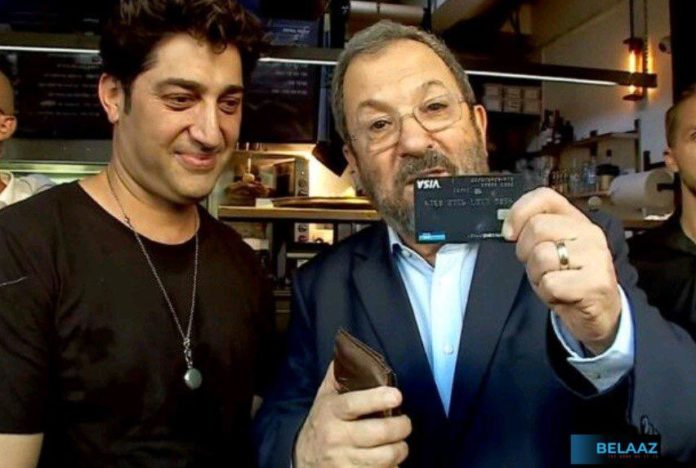 An attempt by former prime minister Ehud Barak to poke fun at Prime Minister Benjamin Netanyahu resulted in Barak having to cancel his own credit card on Tuesday.

Barak and his campaign team went to a falafel stand in Tel Aviv, on the corner of King George and Shlomo HaMelech Street. on Monday. The campaign team filmed Barak paying with him own credit card and mocking Netanyahu for reports that he does not have a credit card of his own.

After the ad was posted on Barak’s Twitter account, his followers focused a screen shot on the credit card and displayed the card number of the multimillionaire politician for the world to see.

A spokesman for Barak said he canceled the Visa card but was not particularly troubled by the incident.