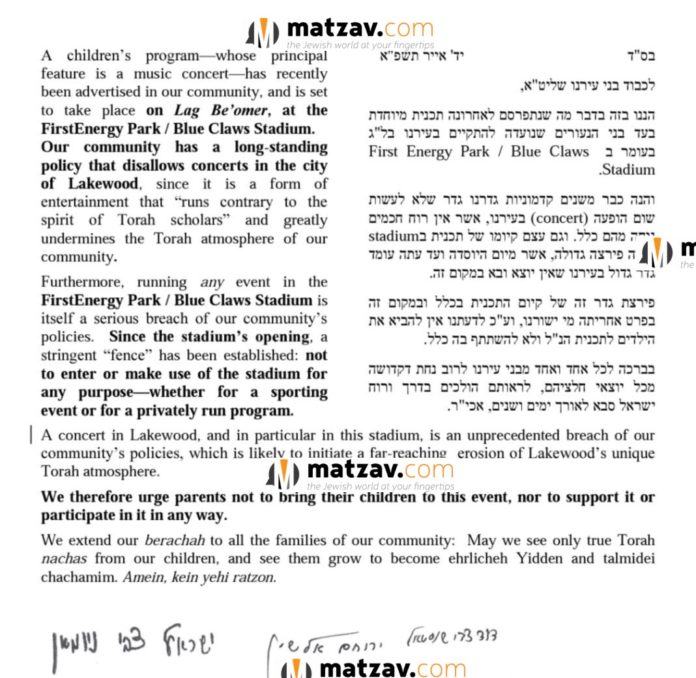 A Lag Ba’omer event scheduled for children this Friday, April 30, from 1:30 p.m. to 3 p.m. at the Blue Claws Stadium Parking Lot in Lakewood, NJ, is under scrutiny, having been banned by various rabbonim and mosdos hachinuch.

One mosad hachinuch released a letter to its parent body stating that the event is not “lefi rucheinu” (consistent with our spirit).

A separate letter, signed by three of the roshei yeshiva of Beth Medrash Govoha, Rav Dovid Schustal, Rav Yeruchem Olshin and Rav Yisroel Neuman, instructed parents not to allow their children to attend, calling out the event for violating the spirit of the Torah city.

The event, to be held in the stadium parking lot at the corner of New Hampshire and Cedar Bridge Avenues, is scheduled to have separate seating sections for boys and girls, with refreshments and raffles. The event is free.

The program will feature a story told by master storyteller Reb Ari Glick, a puppet show, and live zemiros with Benny Friedman. There will also be a recital of Tehillim and a raffle for a Shas.

The letter signed by the roshei yeshiva of Beth Medrash Govoah is in both English and Lashon Kodesh. The letter – not written on stationery – states that “our community has a longstanding policy that disallows concerts in the city of Lakewood, since it is a form of entertainment that runs contrary to the spirit of Torah scholars and greatly undermines the Torah atmosphere of our community.”

The letter also states that “running any event in the First Energy / Blue Claws Stadium is itself a serious breach of our community’s policies. Since the stadium’s opening, a stringent ‘fence’ has been established: not to enter or make use of the stadium for any purpose – whether for a sporting event or for a privately run program.”

The letter from the Beth Medrash Govoha roshei yeshiva states that “a concert in Lakewood, and in particular in this stadium, is an unprecedented breach of our community’s policies, which is likely to initiate a far-reaching erosion of Lakewood’s unique Torah atmosphere. We therefore urge parents not to bring their children to this event, nor to support it or participate in any way.” 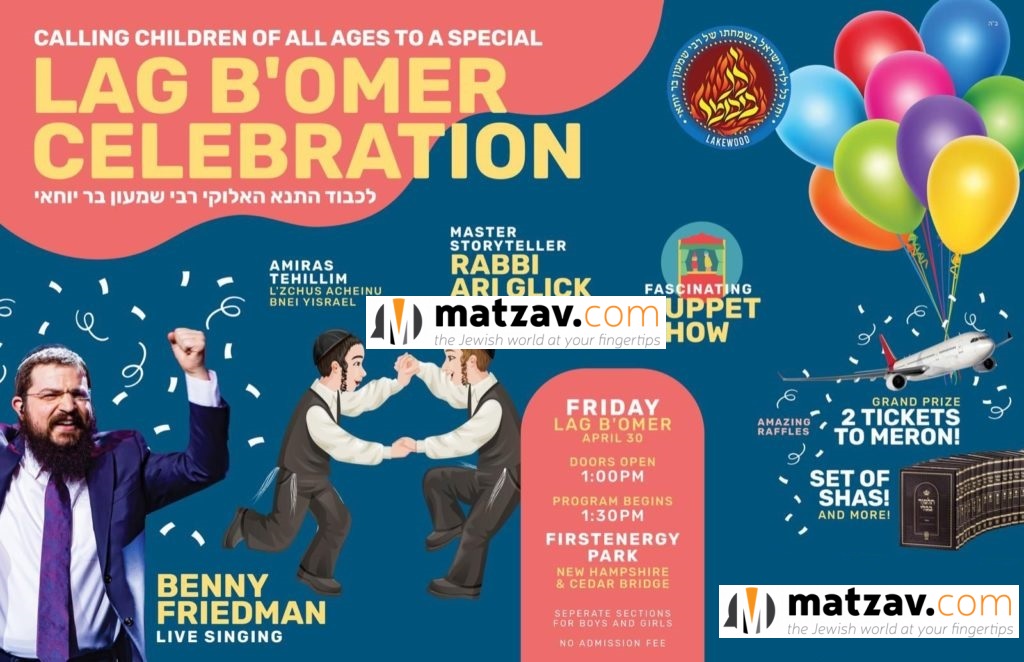