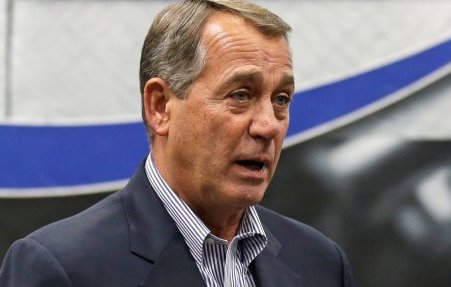 “We’ll never know what might have been, had a Dole-Scalia ticket been forged in the summer of 1996,” Boehner wrote Tuesday in the Independent Journal Opinion.

Scalia, who died Saturday at age 79, allegedly met with Boehner at former restaurant A.V. Ristorante, he claimed. “It was there that [we] made our pitch, over a pepperoni and anchovies pizza,” Boehner said.

When the late justice did not take the offer, Dole chose former Housing Secretary Jack Kemp as his running mate and, as fate would have it, lost to President Bill Clinton. Read more at Roll Call.