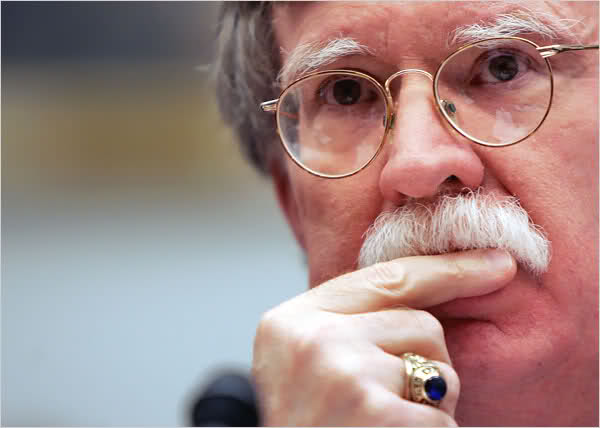 Speaking in a radio interview on Sunday, John Bolton, former U.S. ambassador to the United Nations, stated he believes the FBI will “explode” if Hillary Clinton ultimately is not indicted for her email infractions due to what he described as politics triumphing over the legal system, BREITBART says in an exclusive report.

Bolton was being interviewed for “Aaron Klein Investigative Radio,” broadcast on New York’s AM 970 The Answer and Philadelphia’s NewsTalk 990 AM.

“I think that the pressure is definitely building,” Bolton responded. “And just take the politics out of this for a second. What Hillary Clinton and her top aides did is not just make a few small violations of laws to protect classified information. They made wholesale violations and they did it for a sustained, indeed for a four-year period… if this potential prosecution is tanked for political reasons, it will be a very loud explosion. And it will stain Obama’s legacy forever.” Read the full report at BREITBART.