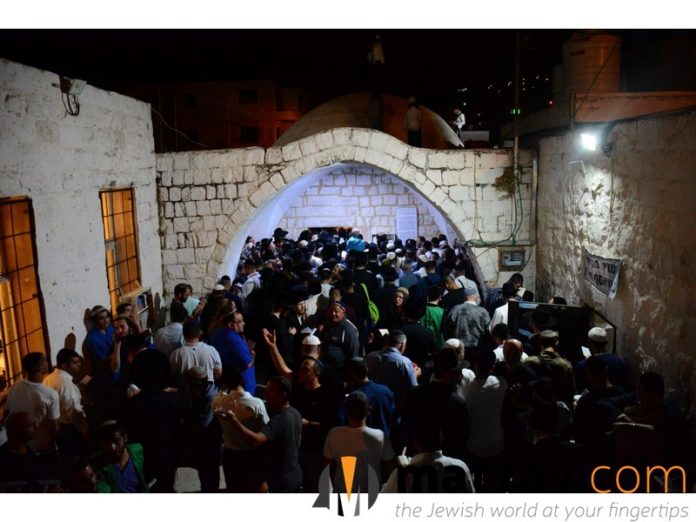 Roughly 1,200 Israeli Jews visited the kever of Yosef HaTzaddik on the southern edge of the city of Shechem last night, as part of monthly trip to the holy spot accompanied by Israeli security forces, including the IDF, Border Police, and Israel Police.

During security searches ahead of the convoy’s arrival, IDF forces discovered a pipe bomb hidden in the compound housing the kever. The explosive device was removed and destroyed by an army sapper unit.

Later, as the civilian visitors arrived at the tomb, Arab rioters clashed with Israeli security forces along the security perimeter outside of the tomb.