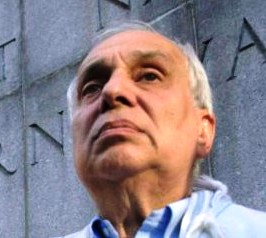 Rabbi David Rosenthal has done that which few others can do when dealing with a lightning rod issue. Whereas most naturally engage in polemics from the bottom up, reacting critically or harshly defending (albeit very often with sound logic and for good reason) the novel and controversial upon the emergence of attention-grabbing headlines about new developments or innovations, few are able to dispassionately address it all from the top down in a systematized fashion. Rabbi Rosenthal has clearly done this and starkly defied the norm.

), such is the conclusion of the-depth study undertaken by Rabbi Rosenthal in these pages, and is not a mere dismissive cliché or an uneducated indignity.

The book begins with an objective religious-historical definition of Orthodoxy and a presentation of the development of the heterodox movements, and proceeds to address Open Orthodoxy vis a vis the broad framework of the various “streams” of Judaism and the potential character of Open Orthodoxy as a new movement within this context. Everything here and throughout the book is presented via copious quotes, writings, shiurim and citations from Open Orthodox leaders, scholars and general clergy, such that the message which emerges is in fact articulated by the sources themselves, almost like an autobiography of Open Orthodoxy.

Rabbi Rosenthal addresses major topics of note surrounding the Open Orthodox discourse, such as Torah authorship and the immutability of Halacha, women’s issues, homosexuality, and more, not only by invoking an overwhelming array of Open Orthodox primary sources on these issues, but by first systematically presenting the traditional Orthodox approach, with all fundamental and controlling mekoros, and then examining the Open Orthodox sources against these mekoros and the axioms of normative Orthodoxy which they support. Additionally, a rich historical sweep, culled from secular and non-Orthodox sources throughout the presentation, provides a very important contextual background for the various discussions in this book.

Although much attention has been given to Open Orthodox responsa on major issues, such as conversion, few have dissected these responsa and subjected their sources and methodology to halachic scrutiny, focusing instead on other (valid and important) considerations that relate to these responsa. Rabbi Rosenthal addresses several major Open Orthodox responsa and examines their internal, objective soundness – something that is very much needed in order to appreciate Open Orthodox learning and halachic positions.

Although scholarly and very detailed, Why Open Orthodoxy is Not Orthodox is written in a lively fashion, and its presentation is extremely captivating. There is nothing dry or boring about it. Moreover, since the book is constructed as a logical flow of ideas emanating from the hundreds of documented sources that it contains, the reader feels as if he is coming along on a ride down a well-charted path, able to always go back, trace the steps, and examine them all for himself.

Why Open Orthodoxy is Not Orthodox is one of the most important books ever penned about contemporary Jewish movements. It is a must-read for anyone seeking to understand the crossroads at which the broader Orthodox community now stands and the major relevant challenges. The religious and historical significance of Why Open Orthodoxy is Not Orthodox make it one of the most unique Jewish books one will ever encounter.