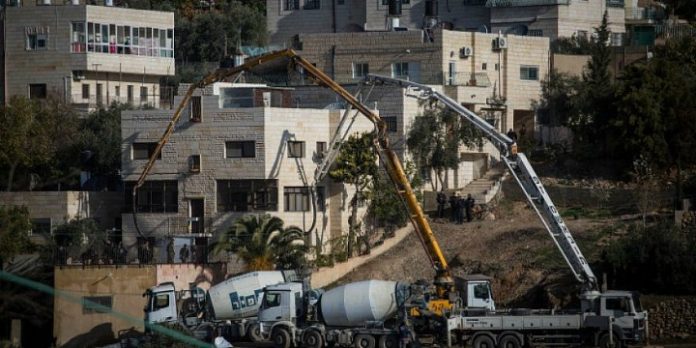 Palestinians opened fire on Israeli security forces on Tuesday when law enforcement entered Jenin to demolish the home of a terrorist.

A female Border Police officer was lightly injured and taken to the hospital for treatment.

The home of Ahmed Kunba, who was charged as an accomplice in the drive-by shooting murder of Rabbi Raziel Shevach outside of his town of Havat Gilad, was successfully demolished with a bulldozer, according to a statement by the Israel Defense Forces, though the team was attacked with explosive devices and stones.

Shevach – a father of six, teacher and volunteer medic with Magen David Adom – was driving home the night of Jan. 9 when Ahmad Nassarr Jarrar fired 22 shots at him, hitting him in the neck and chest.

Kunba was accused of plotting and carrying out the attack with Jarrar, and charged with numerous other terror attempts with him, including shooting at an Israeli bus and trying to infiltrate the Jewish town of Dotan.

Jarrar escaped following the attack on Shevach, but was killed in a shootout with IDF troops that had discovered his hideout outside Jenin less than a month later.