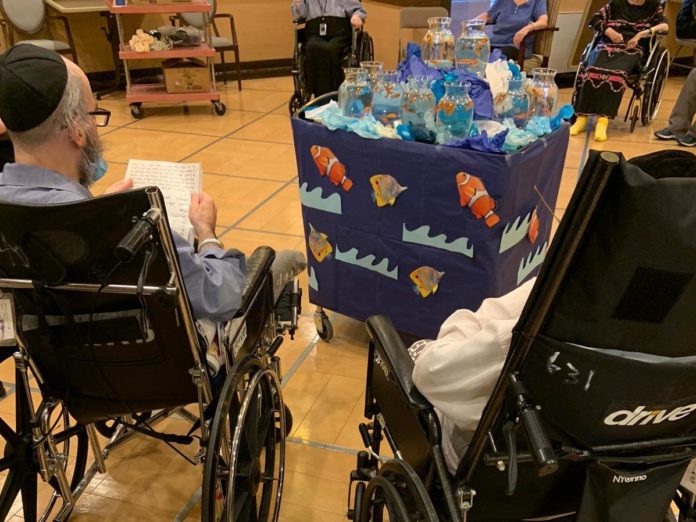 Every year a highlight of the Fall Yom Tov season at the Boro Park Center for Rehabilitation and Nursing has been a field trip during the aseres y’may t’shuva, in which the staff takes 50 to 60 Jewish residents in six wheelchair-accessible buses to Bay Parkway to say Tashlich.

After Covid restrictions disallowed the close contact that the bus trips would require, Mrs. Pavlov, the director of the nursing home’s the recreation department did not want to disappoint residents, and so she creatively led her staff to bring Tashlich, Kapparos, and simcha right into the nursing home’s building.

“Despite Covid, we want our residents to continue on with their lives,” said Nachman Feig, who is the associate administrator Boro Park Center, the largest nursing home and rehabilitation center for Jewish people in the country. “We didn’t want our residents to miss Tashlich and Kapparos this year, so instead, we brought Tashlich and Kapparos to them.”
Once Mrs. Pavlov came up with the idea to bring Tashlich and Kapparos into the Boro Park Center’s building, she and her team sprang into action to create simcha. First, Mrs. Pavlov and her staff beautifully decorated rolling tables with dark and light blue tissue paper and cheerful orange and yellow fish decorations. Then, on top of rolling tables, the staff placed many beautiful, transparent glass fish bowls that were filled with happily swimming bright yellow goldfish.

Finally, from 1 to 4pm yesterday, the staff pushed the rolling tables stacked with the fish bowls to each of the nine floors of the building to visit the Jewish residents, who had each received a small cup with a piece of bread inside that they could then place inside the fish bowls. Rabbi Aaron Waysfeld, the rabbi of Boro Park Center said the Tashlich prayer with all of the residents.

To help to create a freilach environment, the nursing home’s staff also played music that is appropriate to the current Yom Tov season, with songs such as “Kol Nidre,”by Mordechai Ben David.

In addition to the many items the residents needed to do Tashlich, the staff also brought around live chickens, so that residents who wanted to shlug kapparos could do so, said Feig, who expressed happiness that the residents were so excited and thankful to be able to observe the pre-Yom Kippur Jewish traditions.

“Everyone can start feeling down, under the circumstances, without being able to get out,” said Feig, who said the staff was so happy to provide the Tashlich and Kapparos program today. “We have our yearly traditions, and we didn’t want to take that away from our residents. We want to help them feel the simcha of Yom Tov.”

In addition to the Tashlich and Kapparos festivities, the residents at the Boro Park Center also had the opportunities to create beautiful sukkah decorations and make challah, which they do every Thursday in preparation for Shabbos. 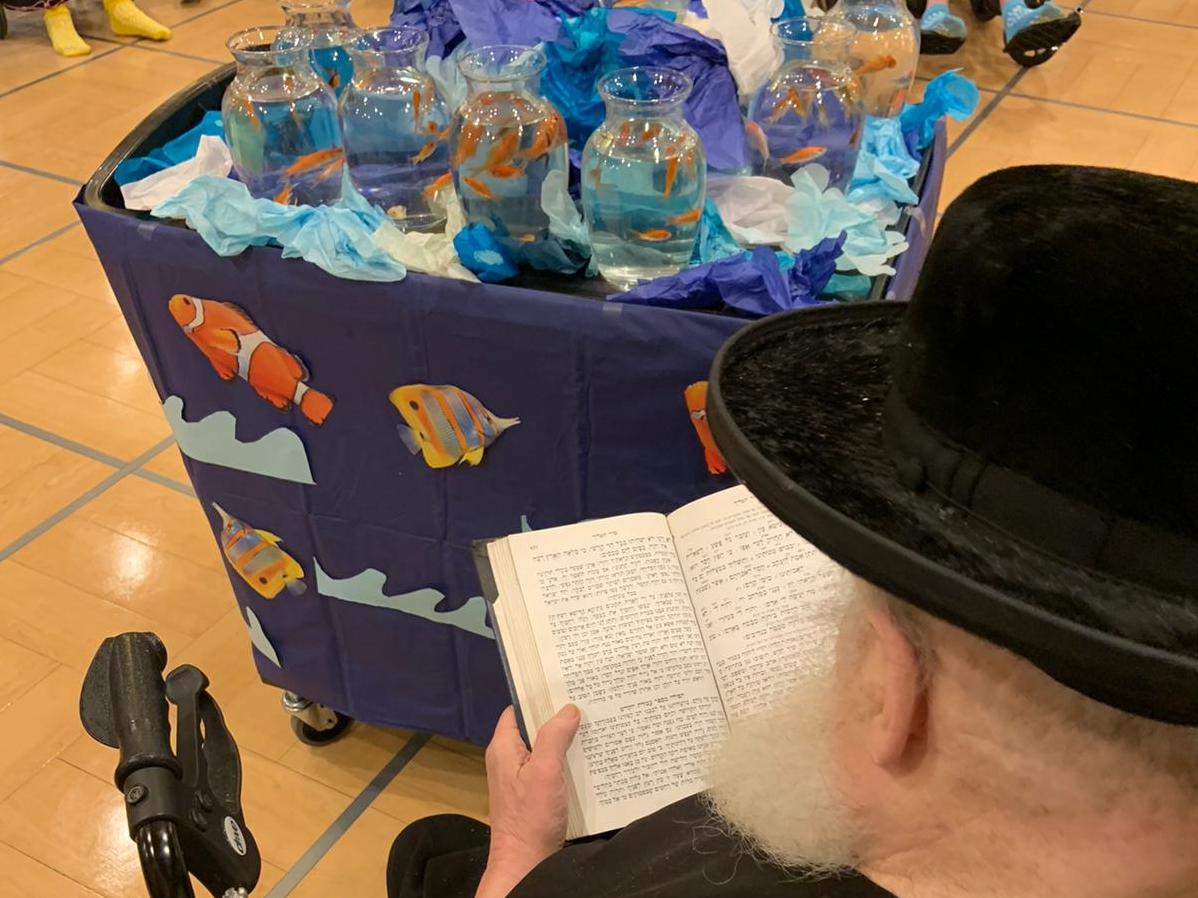 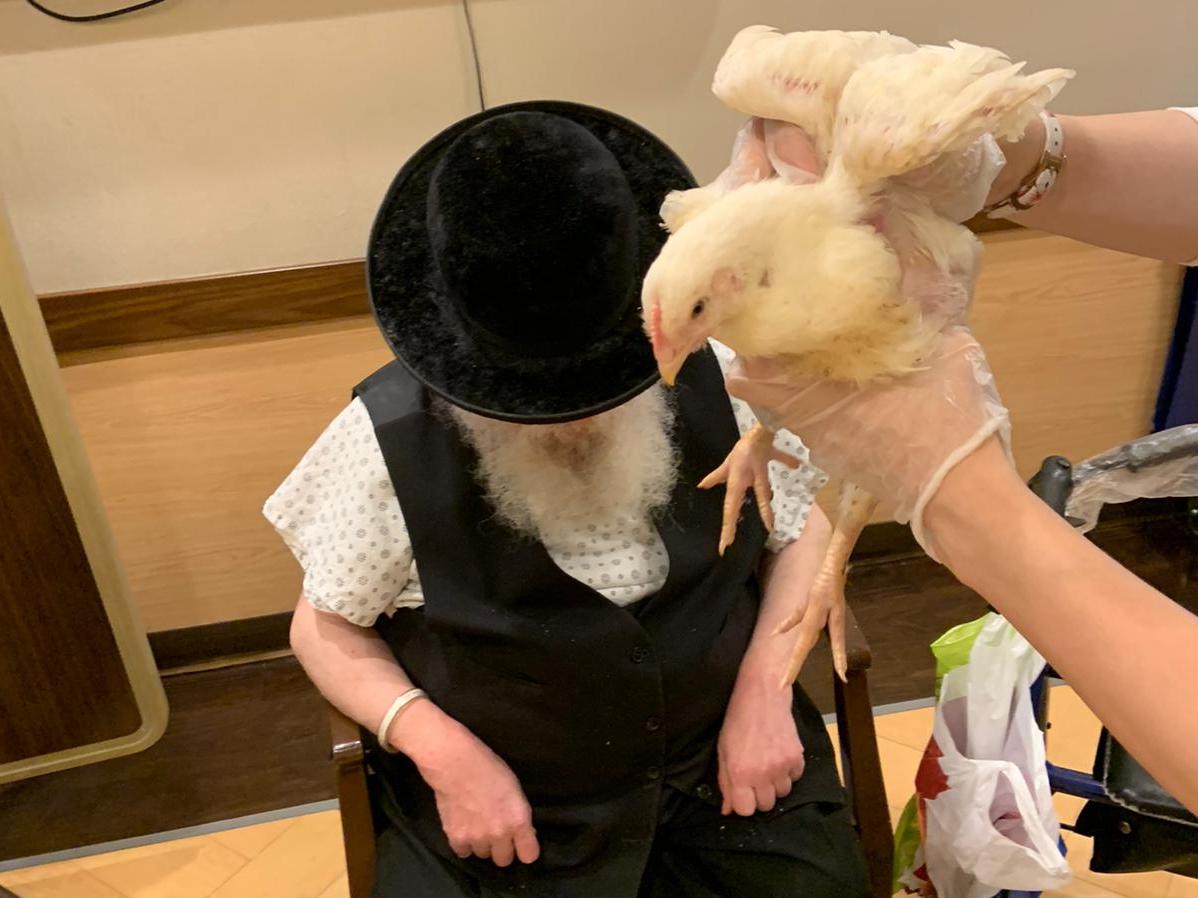 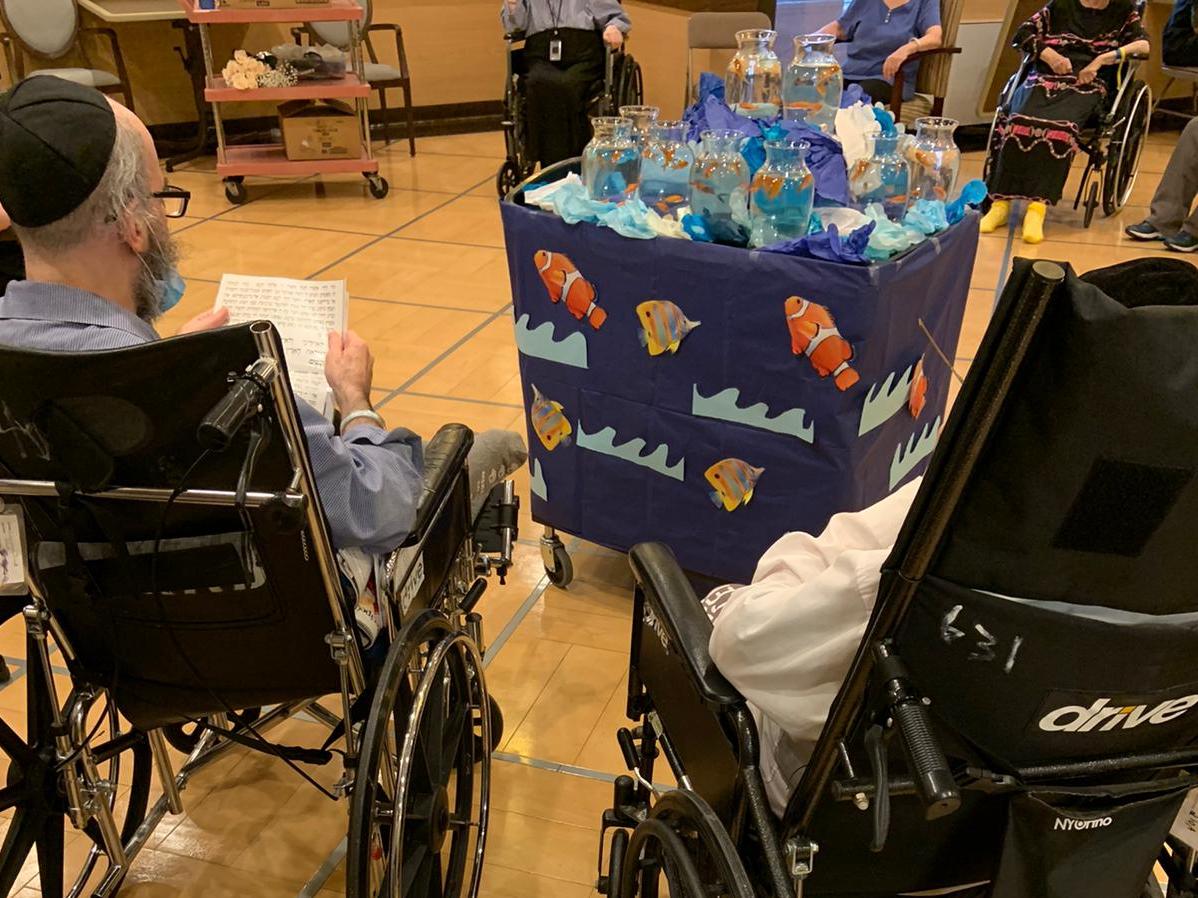 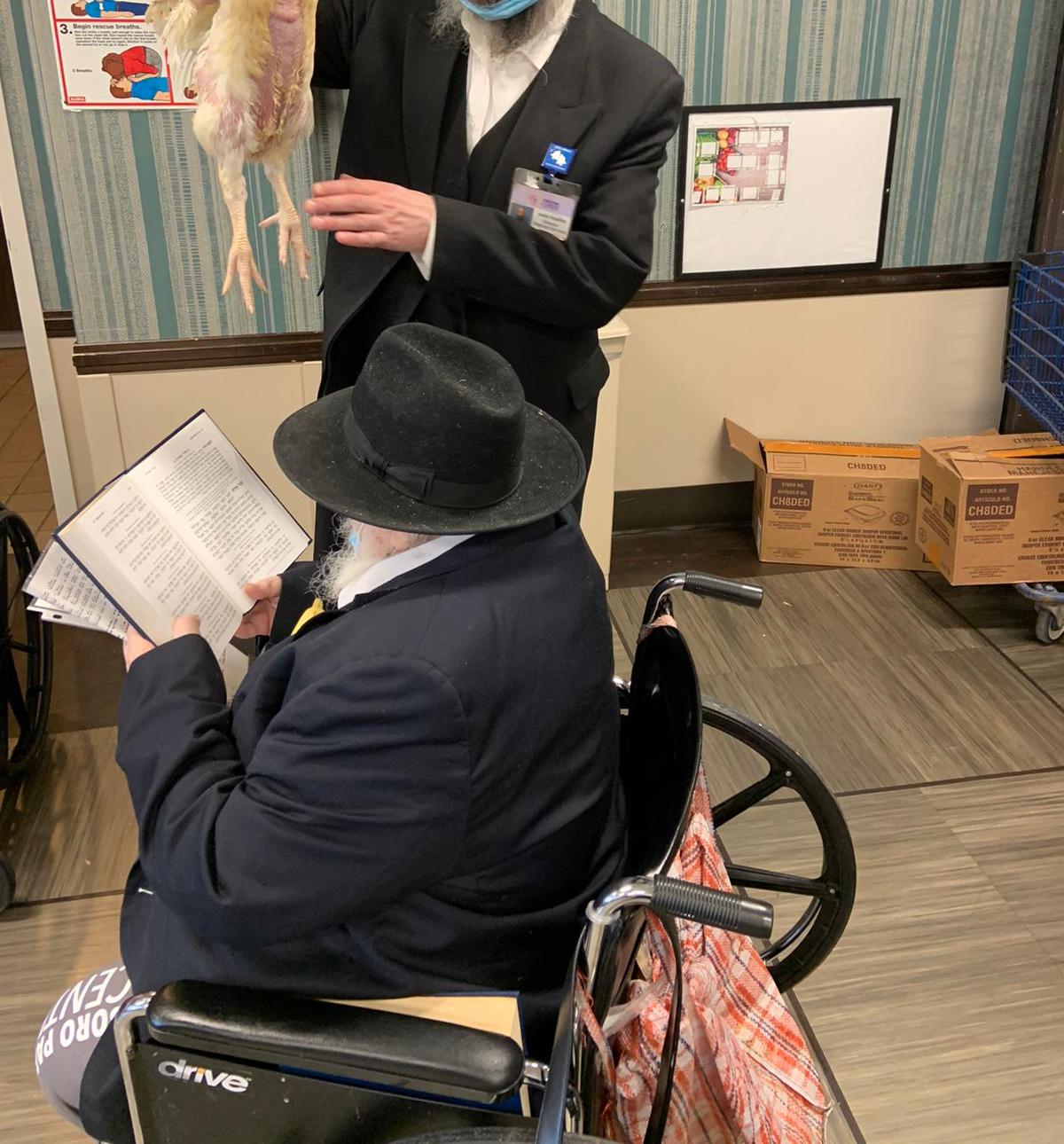 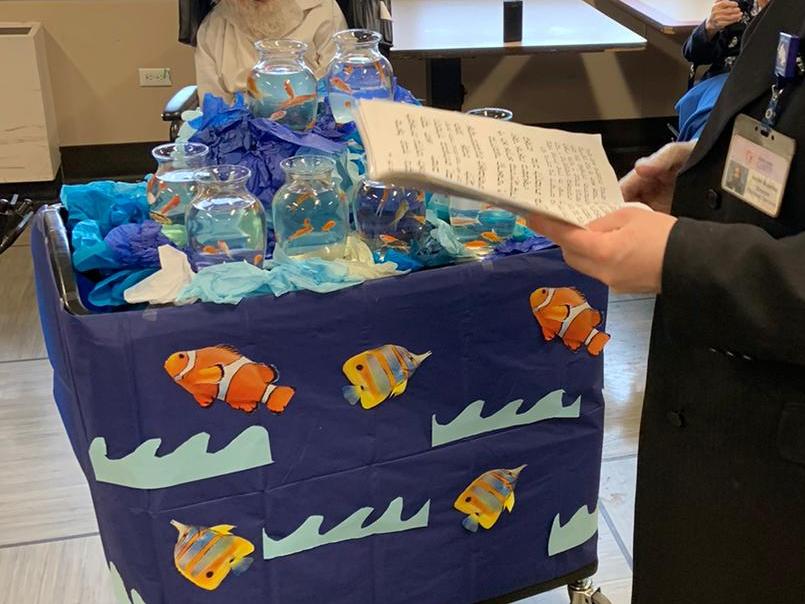 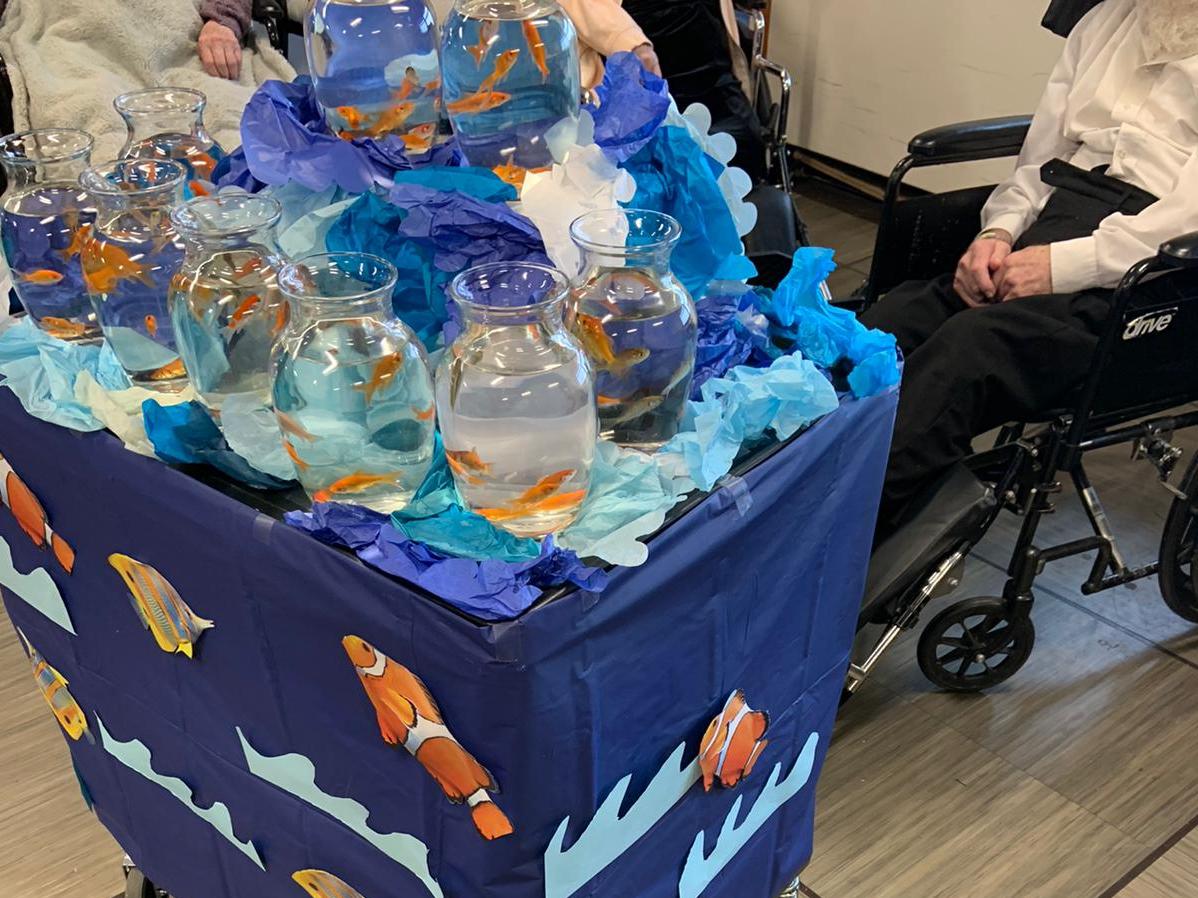 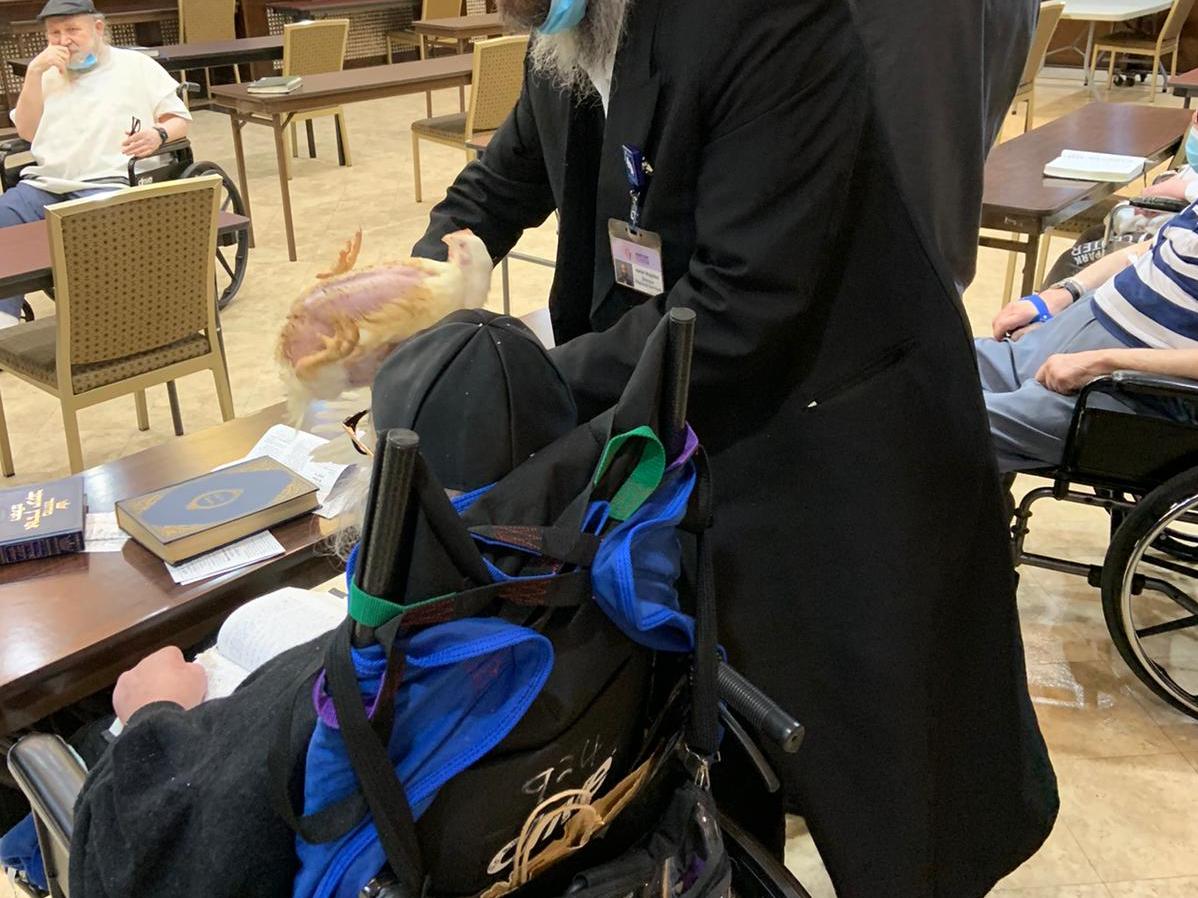 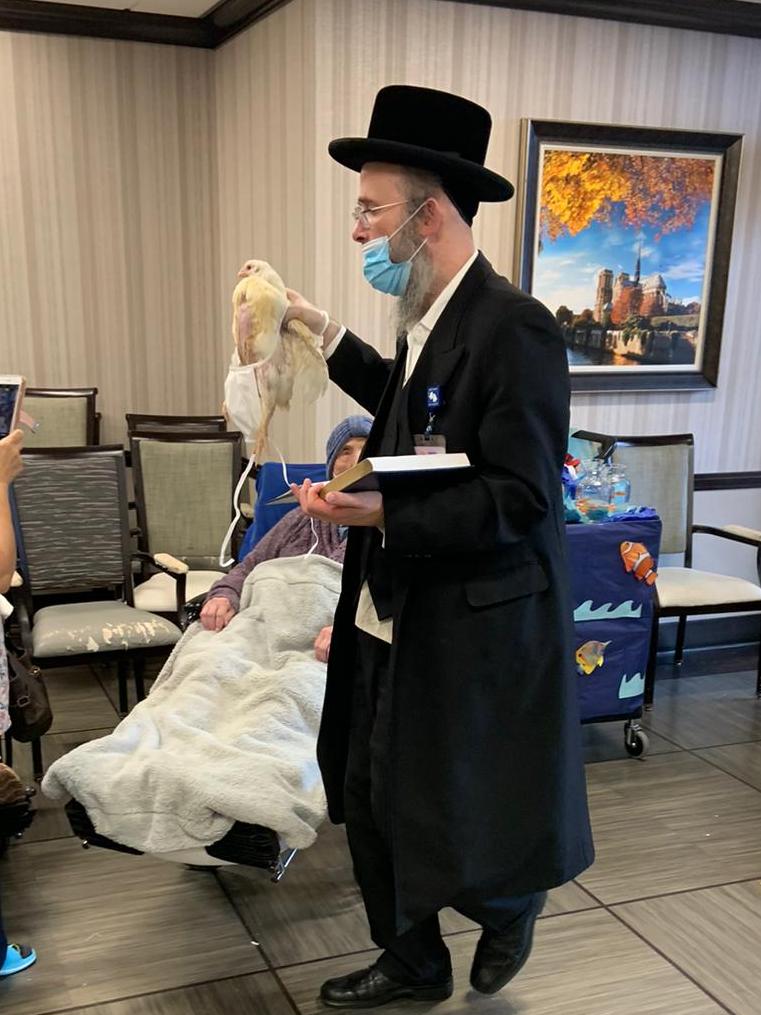 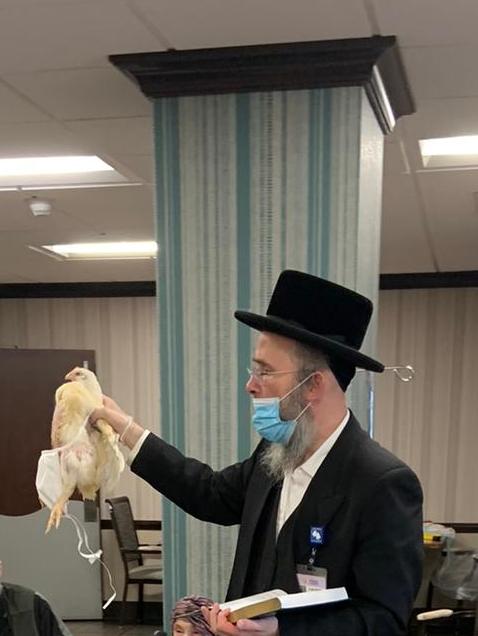 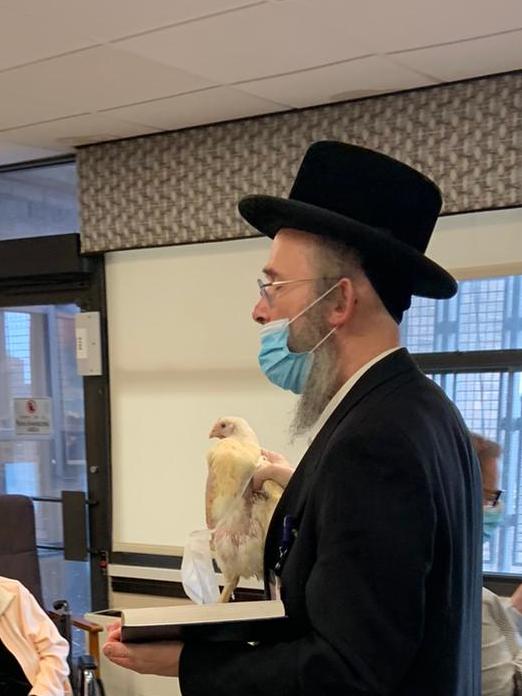