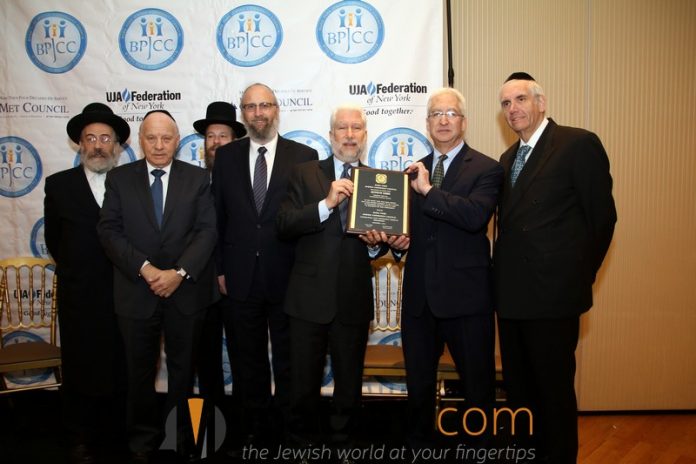 Brooklyn, NY – An overflow crowd of communal figures, joined by elected officials and organizational leaders gathered at the Lipschitz Halls this past Sunday December 4th for the annual Boro Park Jewish Community Council (BPJCC) Legislative and Community Tribute Breakfast.
The underlying theme of the breakfast was highlighting community service and indeed all the honorees were feted for their remarkable contributions to the community at large, each in their own field.
Two city government officials, Deputy Mayor for Strategic Initiatives, Richard Buery and City Councilmember Rafael Espinal both received Leadership Awards. Deputy Mayor Buery was honored for his role as the architect of the Universal Pre K program as well as many other initiatives which have brought tremendous benefits to many in the Boro Park and other communities.  In his remarks, Deputy Mayor Buery emphasized that the work of the Boro Park Jewish Community Council is close to the heart of the work of the city as evidenced by the number of leaders in attendance. And in a most poignant address Councilmember Espinal, who was honored for his leading role in spearheading the City Council Holocaust Survivor Initiative, recalled his visit to Auschwitz which moved him to do something meaningful for the thousands of holocaust survivors living in poverty, even though none live in his own district.
Kenneth Gibbs, the new CEO of Maimonides Medical Center, was formally welcomed to Boro Park by JCC President Isaac Stern, who recognized the continued service and highlighted the partnership the community has with the hospital. And the theme continued with the presentation of the Distinguished Community Service Award to Nachman Feig who serves as Assistant Administrator at Boro Park Center, and has spent many years coordinating local blood drives.
Other honorees included Deputy Chief Charles M. Scholl, Executive Officer of Patrol Borough Brooklyn South, who received the Public Safety Award for his 38 years of service in the NYPD where he has held many important roles contributing to the overall reduction of crime in our city, as well as Investors Bank commemorating five years of service to Boro Park.
Other speakers at the event were Boro Park JCC executive Director Rabbi Yeruchim Silber, Comptroller Scott Stringer, Public Advocate Tish James, Acting Brooklyn DA Eric Gonzalez, Congressman Jerry Nadler, Assemblyman Dov Hikind, and Councilmembers Chaim Deutsch and Mathieu Eugene.
Menachem Lubinsky, CEO of Lubicom and long time board member of Met Council served as breakfast MC. The breakfast was sponsored by Maimonides Medical Center, Investors Bank, , MJHS,  Signature Bank, , Boro Park Center, Preferred Home Care, Con Edison, NYU Langone, and Dime Community Bank. The Boro Park JCC is a proud affiliate of Met Council and UJA-Federation of New York.
Photos: Hillel Engel 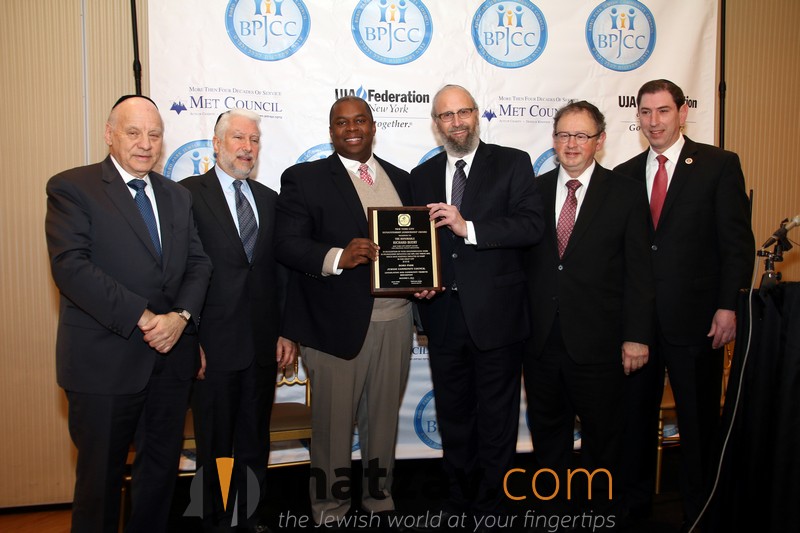 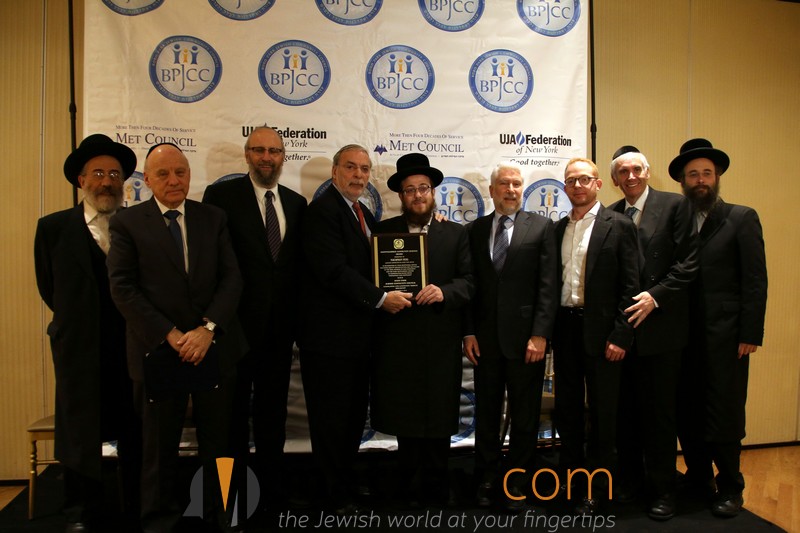 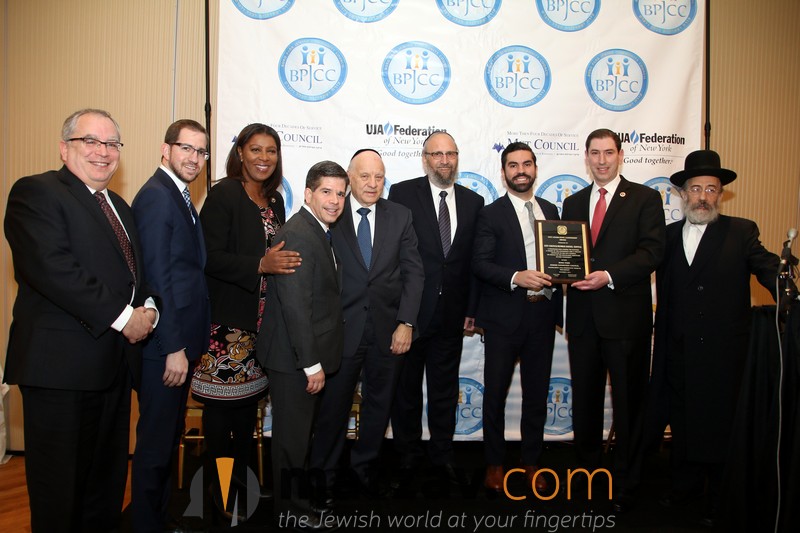 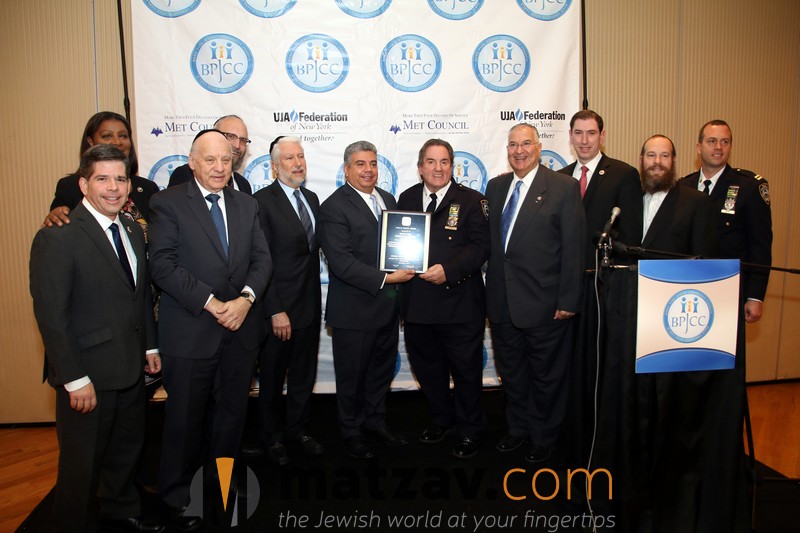 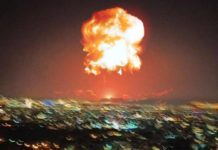