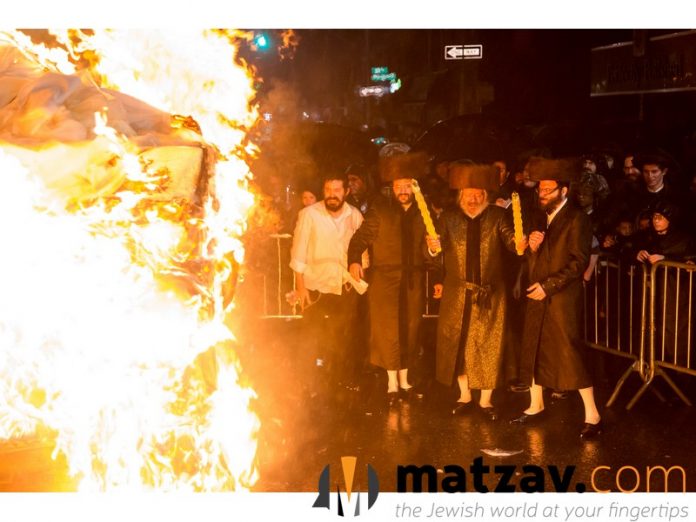 Preparations are underway once again at the Niklesburg Beis Medrash to accommodate the annual Lag B’Omer festivities. This year’s celebration will take place on Wednesday evening May 3rd in front of the shul at 4912 16th Avenue, and will feature live music with a band, singer and expanded sound system. The hadlaka and dancing is presided over by the beloved Grand Rabbi Mordechai Jungreis shlit”a of Niklesburg.

The Niklesburg bonfire fast became the central Lag B’Omer event in Boro Park, drawing thousands of participants each year. The joyous celebration and spiritually charged atmosphere have earned the event the popular title of Meron—Niklesburg. 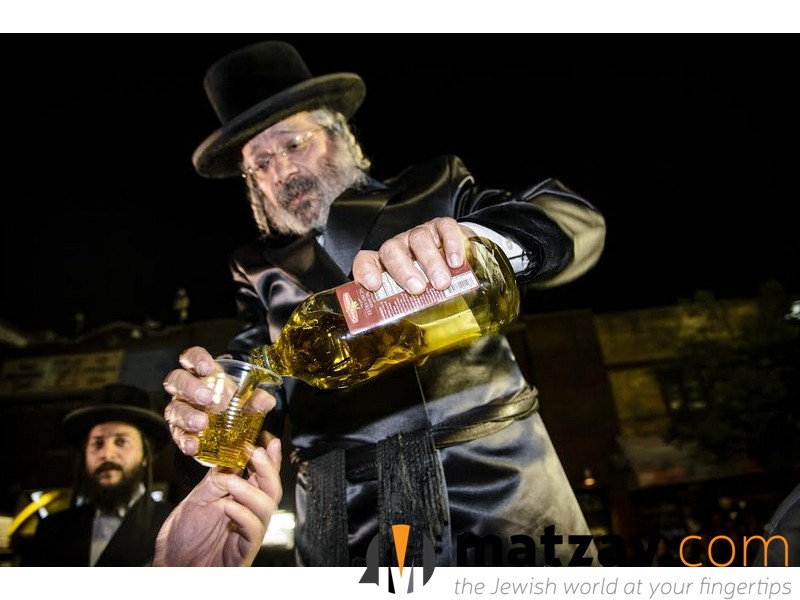 The festivities will with Maariv shortly after 9 PM, after which finest quality olive oil will be distributed for everyone to add to the bonfire free of charge. When all the preparations are complete (anticipated by 10:00) the Rebbe lights the fire and the music and dancing begin. This year a generous donor prevented 1,000 bow-and-arrow sets, which will be distributed free to the children.

Of course in keeping with the Niklesburg tradition of chesed there will be plenty of refreshments (as anyone who has visited the Woodbourne shul during the summer season will have come to expect. Tons of popcorn and cotton candy, not to mention the usual cold drinks and cookies. Everyone will also have the opportunity to light candles in honor of Rabbi Shimon bar Yochai, whose light spread throughout the world through the Torah he taught.

That intense feeling of sublime joy draws a crowd of thousands each year, some even arriving from upstate to participate. Many participants freely admit that they look forward all year to the cheer and friendliness that prevail at the Niklesburg Lag B’Omer event. It is also a great kidush Hashem. Each year the Niklesburg Rebbe shlit”a, publicly thanks the police presence over the PA for providing security and crowd control. And each year the police tell him again, “Of all the celebrations we oversee, this one is always the happiest and most orderly.”

The annual festivities had their humble beginning approximately 10 years ago when Rabbi Jungreis stepped out of the Beis Medrash with a few of his devoted followers and began dancing on the sidewalk. Passersby were attracted by the lively dancing and singing and joined in, and slowly the crowd grew. The following year more people joined and since then the gathering has expanded with each passing year. In previous years the explosive growth of the crowd required the last-minute addition of more barricades as an extra block was closed off to accommodate the dancing. 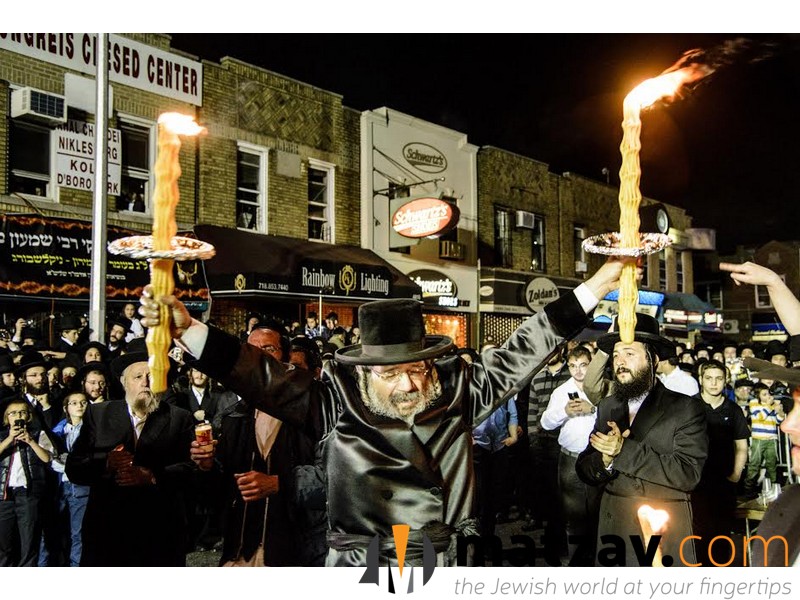 The growth of the Lag B’Omer celebration mirrors the Rebbe’s success in reviving the Woodbourne shul for the summer vacation season. Beginning with a sign that announced “All Are Welcome,” he now presides over a phenomenon that draws tens of thousands of people throughout the summer each year. In fact, the Rebbe spent considerable over the past year overseeing upgrades and other details to ensure the shul will again be ready to accommodate the summer crowds.

The gala Lag B’Omer event kicks off with the Rebbe lighting a large bonfire in the middle of the street. He leads the crowd in singing the traditional zemiros and Lag B’Omer melodies. The dancing stretches for a block or more and the streets are closed off to traffic. As in past years, this year’s festivities will begin with a long line of people passing by single-file as the Rebbe dispenses hundreds of cups of olive oil to all. Everyone can participate by pouring oil onto the pyre, and that the resultant bonfire radiates the pure glow of achdus.

At the center of the celebration, of course, the Niklesburg Rebbe shlit”a greets everyone with his trademark warmth and openness that have made his Beis Medrash – the “Jungreis Chesed Center” – a second home to so many. The Rebbe does not think twice about removing his shtreimel and placing it on the head of a bachur who is struggling to find his shiduch as he dances with the boy and showers him with blessings that he meet his basherte soon.

The event, with all of its attending services, is entirely free of charge, though the expense of the music, singer, sound system, stage, refreshments and olive oil is in the many thousands. Anyone who wants to have a share in the tremendous zchus of the chizuk and achdus generated by this event is encouraged to contribute. Every donation, small or large, is a help.

This year Boro Park will again enjoy “a taste of Meron in New York” as the community joins Niklesurg in celebrating the hilula of Rabbi Shimon bar Yochai. Be sure to stop by and get a bracha from the Rebbe.