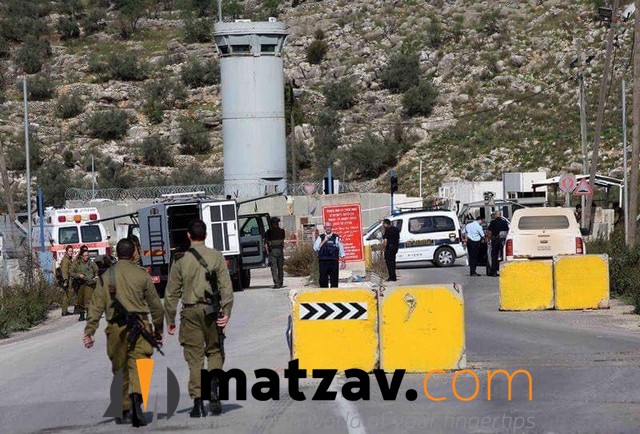 The number of terrorist attacks in Eretz Yisroel in July – six – was one of the lowest in 10 months, a drastic fall from the 70 last October.

A senior IDF officer said yesterday that tactics used by Israel’s security services include a combination of precise intelligence from the Israeli Security Agency with daily and nightly IDF operations. The operations allow the majority of Palestinians, including 100,000 holders of Israeli work permits, to continue with their day-to-day routines.

The U.S. military is interested in the strategy used by the IDF, which has been involved for nearly a decade in consistent, systematic, clandestine operations against terrorist efforts to smuggle weapons from Iran, Sudan, and Libya to Hizbullah in Lebanon and terrorist groups in Gaza. IDF Chief of Staff Lt.-Gen. Gadi Eisenkot is visiting the U.S. this week as a guest of Gen. Joseph F. Dunford, chairman of the U.S. Joint Chiefs of Staff.

Of course, the reason for the decrease in attacks is because the Shomer Yisroel has protected His people.