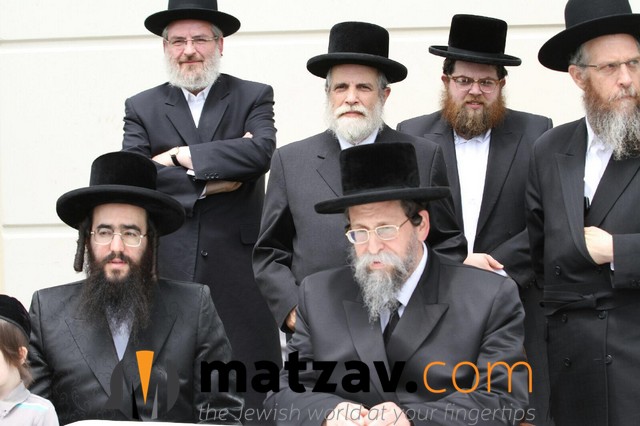 Thousands of Chassidim in Boyan are expected to attend the the chasuna of the Rebbe’s youngest daughter to Chosson Meir Bornstein, son of the Admor of Sochachav.

Thousands of Hasidim will arrive by bus from around the country to the huge compound, which was built for the occasion in Sdeh Yoav. The women section will be located in three different areas, with the division taking place according to age.

The kabbolas ponim will be held at 5:00, followed by the chuppa at 6:30. After the chuppah, the chassidim will daven Maariv followed by simchas chosson v’kallah.

The Shabbos Sheva Brochos will be held at the Gerrer Bais Midrash on Yirmiyahu in Yerushalayim with thousands expected to attend.