As reported by Matzav.com Israel last week, the Sifrei Torah had been stolen May 5 from by thieves who broke into the  Tzemach Tzedek shul in Tzefas.

Upon making the discovery, the boys went straight to the shul to share news of their find, said Batya Erdstein, the mother of Ariel Chaim Erdstein, 9, one of the boys.

The boys led their fathers and others to the  Sifrei Torah in the abandoned house and police were contacted.

“This is a great miracle,” Batya Erdstein said.

This morning, a procession was held to return the  Sifrei Torah to the shul.

Police are searching for the thieves. There has been speculation they were afraid to move the  Sifrei Torah from the abandoned house and to wait longer before moving them or that they may have felt remorse and decided against a plan to sell them. 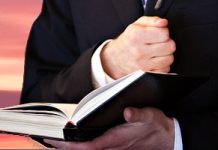 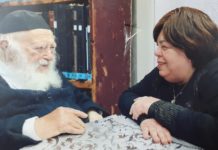 Video: Save the Life of the Rebbetzins Niece Before Its Too Late!! Reb Chaim Promised His Daughter Rebbetzin Leah