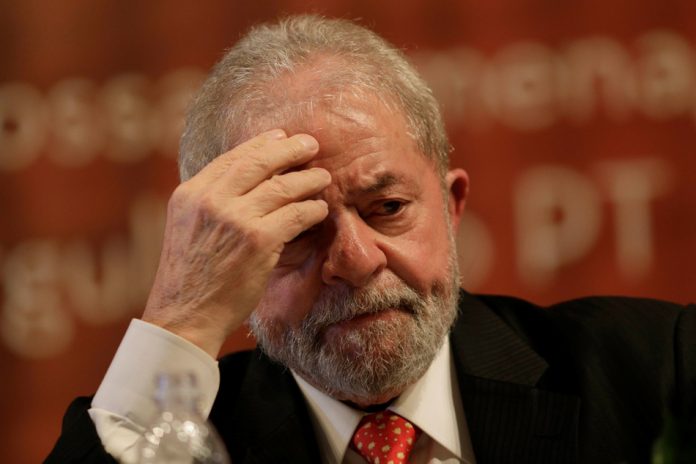 Brazil’s former President Luiz Inacio Lula da Silva was convicted of graft and money-laundering for his part in the country’s sweeping corruption scandal, potentially removing him from the political scene just as his prospects of returning to the presidency were gaining momentum.

Sergio Moro, the lead judge in the multi-billion dollar corruption probe known as Carwash, sentenced Lula to nine and a half years, according to a document from the federal court in Parana state. The judge has not asked for the former president’s immediate arrest. Lula’s lawyers could not be reached for comment.

The guilty sentence delivers a major setback to Lula’s intentions of leading the Workers’ Party back to power in the 2018 election. The 71-year-old former labor leader remains one of the most popular presidents in Brazilian history and he had managed to consolidate his position in recent months as the front-runner for next year’s race. If his sentence is upheld on appeal, he will become ineligible to run. The conviction of the left-wing leader comes just days before a lower house vote on whether to put President Michel Temer on trial for corruption.

Graft investigations had been drawing closer to Lula for over a year, as prosecutors filed charges against him in five separate criminal cases, which range from allegations of influence peddling to accepting perks from companies in exchange for government favors. The former president has repeatedly denied wrongdoing and said the accusations are part of a campaign to discredit him. After today’s sentence, he faces four more trials.

“Lula is on his way to ineligibility,” said David Fleischer, professor emeritus at the University of Brasilia. “It changes the whole political spectrum if he can’t run.”

Brazil’s real and benchmark stock exchange accelerated gains after the decision was announced and were up 1.4 percent and 1.3 percent, respectively, in afternoon trading in Sao Paulo. Meanwhile, Brazil’s five-year credit default swap spread, a gauge of investor risk perception, dropped to the lowest in nearly two months.

“The market wants to know if Lula will be in the presidential race or not,” said Patricia Pereira, fixed income manager of Mongeral Aegon Investimentos in Rio de Janeiro. “Lula is the only candidate who seemed strong.”

In his ruling, Moro said Lula had received undue benefits from OAS construction company and tried to hide his ownership of a beachside apartment, including an upgrade of the same property.

Members of the Workers’ Party in Congress described the verdict as political, saying it was designed to ensure Lula cannot run in 2018. The party’s leadership announced plans to hold nationwide protests against the ruling.

A political firestorm broke last year when police raided Lula’s home and briefly detained him for questioning, prompting scuffles in the street between supporters and critics. He was later charged with corruption and money laundering. In May, a face-to-face encounter with Moro at his courtroom in Curitiba drew tens of thousands of the former-president’s followers to the southern city.

After two terms in office Lula left the presidency in January 2011 with a record-high approval rating after tapping into a commodity boom to pull millions of Brazilians out of poverty. His handpicked successor, Dilma Rousseff, was impeached last year over accusations of budget mishandling.