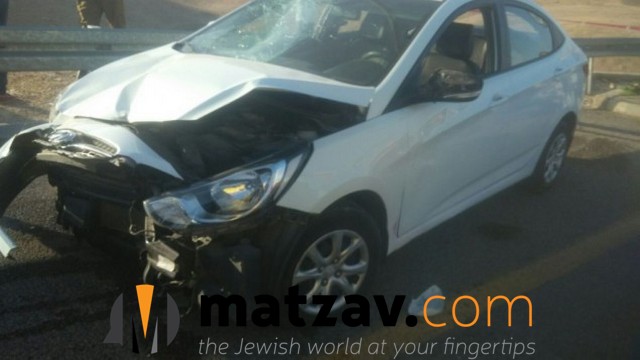 Two soldiers were lightly to moderately hurt in an apparent car-ramming attack, the IDF confirmed this morning.

The attack occurred shortly after 7 a.m. Friday morning at the Kfar Adumim Junction, north of the West Bank city of Ma’ale Adumim and east of Jerusalem.

The wounded were in their early 20s, according to the Magen David Adom ambulance service’s spokesman, Zaki Heller.

“Next to the bus stop, two young men of approximately 20 years of age were lying on the ground, fully conscious. One of them had wounds to both the face and limbs. The other had wounds only to the limbs. We gave them treatment on the scene before sending them to hospitals. Next to them there was the car that had hit them,” said Amir Adri, the Magen David Adom paramedic who arrived on the scene.

The soldier who had wounds to his face and limbs was moderately hurt in the attack, and was evacuated by the Magen David Adom ambulance service to Jerusalem’s Shaare Zedek Medical Center. The second was lightly wounded, and was taken to Hadassah Hospital Mount Scopus.

The Palestinian driver, who plowed into the pedestrians at the junction’s east-bound bus stop with a Palestinian-registered van, was shot and killed by an armed bystander.

Photos taken after the attack showed the Palestinian assailant on the ground, several meters from the automobile. 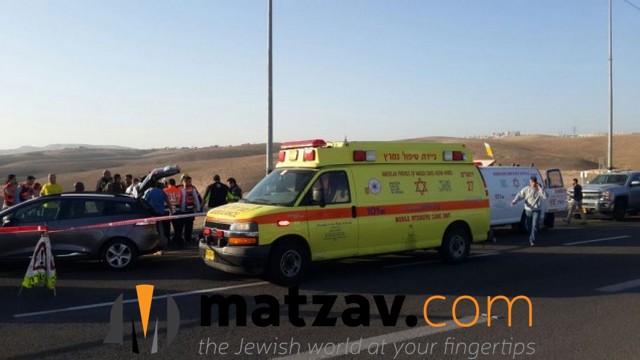