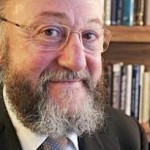 British Chief Rabbi Ephraim Mirvis has recommended that Jewish schools teach Islam as part of the new GCSE religious studies curriculum which requires them to teach a second faith.

Rabbi Mirvis and other Orthodox groups had originally lobbied against the changes to the course, which come into effect next September.

But he has now made a virtue of necessity and said that teaching Islam will give children the opportunity to learn about a “poorly understood” religion.

Children had previously had the option of concentrating only on their own faith for GCSE religious studies but the government now says that at least 25 per cent of the course must be allocated to another religion.

A spokesman for Rabbi Mirvis explained: “Losing 25 percent of the time allotted for teaching Jewish studies as part of the religious studies GCSE was a serious loss for Jewish education in our schools.”

But he added: “It is more important than ever that our children have a better understanding of Islam and that we build strong relationships with British Muslims.

“As such, the Chief Rabbi has recommended that schools take this opportunity to teach students Islam, a faith which is widely discussed but often poorly understood in public discourse.”

The change in the curriculum would provide “a valuable opportunity”, he said.

“Although the Chief Rabbi has not issued any formal guidance on this issue — since, ultimately, it is for the schools themselves to judge how best to tailor their curriculum — we have had a series of positive discussions with a number of our schools and made recommendations to them.”

The government ordered the change as part of its moves to counter religious extremism and promote tolerance.

But the Chief Rabbi argued last year that Jewish schools needed the course time to be devoted to Jewish studies in a crowded GCSE timetable.

When the proposal to teach a second faith as part of the GCSE religious studies curriculum was announced in September last year, it prompted fury from some religious groups.