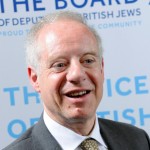 The Board of Deputies of British Jews (BDBJ) is planning to issue a statement outlining its concerns with Jeremy Corbyn’s nomination as leader of the Labour party last Saturday, September 12.

Upon Corbyn’s election to lead the party, the BDBJ congratulated him and stated that it was “looking forward” to meeting him and to discussing the priorities and concerns of Britain’s Jewish community.

However, in a more strongly-worded statement shared with Tazpit prior to its official release, the BDBJ has adopted a less conciliatory tone with Corbyn and explicitly stated its intent to solicit from him his stance on issues which have irked many in Britain’s Jewish community.

After raising concerns about his previous relations with Hamas and Hezbollah, both of whom he has described as “friends,” BDBJ expressed its hope that “he will clearly repudiate both the ideology and the conduct of these organisations and pursue contact with the mainstream Israeli and Palestinian political parties.”

The BDBJ further calls upon Corbyn to establish the Labour party as an opponent of boycotts against Israel which they characterise as “stigmatising, divisive and counterproductive.”

However, in an interview with Tazpit prior to Corbyn’s official nomination, British Conservative MP Matthew Offord, said that people should not be too optimistic that Corbyn will significantly change his views.

“There would be no doubt that if Jeremy Corbyn became leader of the opposition the relationship between any Israeli Government and the British Labour party would be damaged. There would be a terrible relationship not only with Israel but other countries too. They would not be able to work with him” Offord said.

He added that Corbyn not only sees equivalency between Israel and Apartheid South Africa, but that he has also shown himself to be against Israel’s very existence. This, he says, has caused widespread opposition within Corbyn’s own Labour party.

Israel Diplomatic Missions Around The World Step Up Alertness 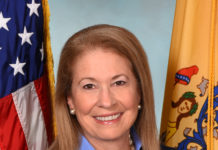