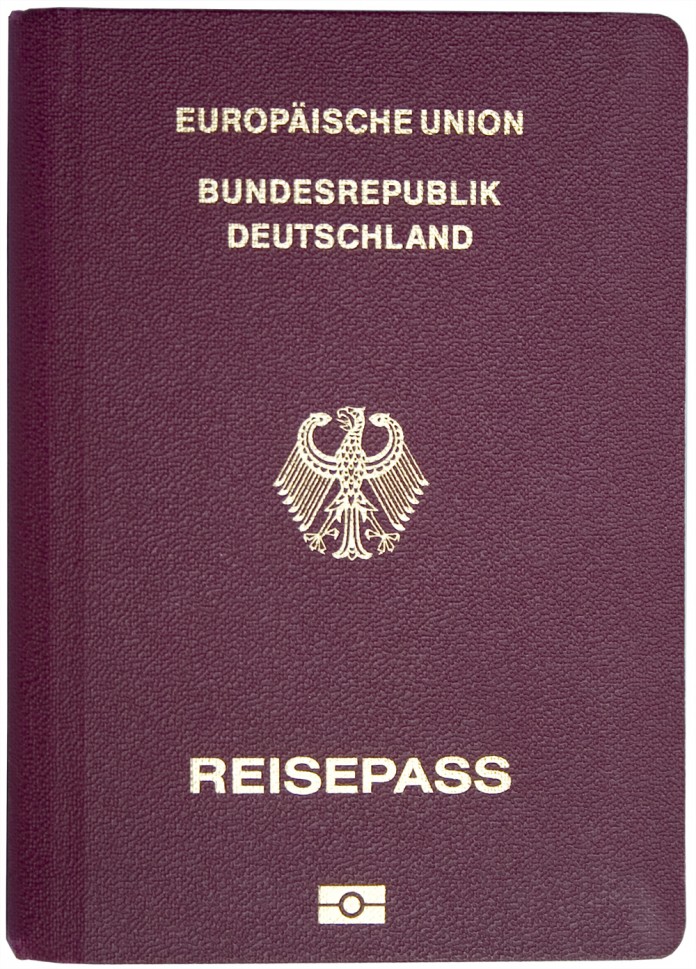 Just how ridiculous was the New York Timesnews article about British Jews applying for German citizenship — and the Times’ decision to place the story on the front page, above the fold?

Let us count the ways.

First, the story involves a tiny number of people. The Times reports that after the Brexit vote in June, “the German embassy in London said it had received at least 400 requests from Britons for information about German citizenship under a legal provision known as Article 116. At least 100 are formal applications by individuals or families, said Knud Noelle, an embassy official.”

The Times doesn’t say how many of those 100 applications are by Jews and how many are by others. At least some of them are almost certainly from people who had a Jewish grandparent and now belong to some other religion, or from descendants of what the Times describes as “other minorities and political opponents” of the Nazis.

Assume, generously, that 90 of the 100 are Jews. That amounts to a mere three hundredths of one percent of the United Kingdom’s Jewish population of 288,000. That total Jewish population number appears nowhere in the Times article, perhaps because including it would demonstrate how marginal and fringe a phenomenon is the one that the Times is inflating into a top-of-the-front-page story. Just for perspective’s sake, the other day, 2 million people in Aleppo were without water because of the war in Syria, and the Times played that story at the bottom of an inside page.

Got that? Two million Syrians could die of thirst because of ISIS and Bashar Assad, and the Times doesn’t particularly care. But 90 British Jews apply for German passports, and the Times puts the story, bizarrely, at the top of page one.

Another way that the Times article about the British Jews is ridiculous is that it fails, entirely, to mention Israel. As the Algemeiner reported in January, 774 British Jews emigrated to Israel in 2015, an increase of nearly 25 percent over the year before. That’s more than seven times as many as have applied for German passports, yet somehow the Times top-of-the-front-page story on British Jews moving to Israel is — well, that’s a story theTimes never wrote, never mind placed at the top of the front page, maybe because it might contradict the newspaper’s persistent efforts to depict Israel as an undesirable war zone, besieged by violent terrorists and ruled by racist religious extremists.

Finally, fully 400 words — a third of the text — and one of the two photographs that appear with the Timesarticle concern one Thomas Harding:

The great-grandson of Alfred Alexander, a prominent doctor in Berlin whose patients included Albert Einstein and Marlene Dietrich, Mr. Harding, 48, said that his desire for citizenship stemmed from a project to restore his great-grandfather’s home, which was seized by the Nazis and only recently returned to the family.

The summer house, on Berlin’s westernmost border in Gross Glienicke, Germany, and near what used to be a Nazi airfield, was awarded a landmark status in 2014 and turned into a memorial for truth and reconciliation.

The project was the focus of his recently published book, “The House by the Lake.” Villagers of Gross Glienicke had initially reached out to him for a separate project researching the village’s Jewish families, including his.

Sound familiar? It should; last month, the Times published an entire 900-word dispatch from Berlin about the same guy and the same house. It began:

BERLIN — Thomas Harding, a Briton in his late 40s, led the way into a decrepit single-story wooden structure on an overgrown lakeside plot on Berlin’s westernmost border in Gross Glienicke. “There used to be French doors there that opened onto the terrace,” he said of his Jewish great-grandparents’ weekend house. “And behind there,” he said pointing to the wall on the right, “There was Elsie and Bella’s bedroom, with a door into the living room.”

The house, which had been built by Mr. Harding’s German Jewish great-grandfather Alfred Alexander in 1927, is the subject of his book “The House by the Lake,” which traces German history through the five families that occupied the property. The book became a best seller in Britain when it came out last fall and was released last week in the United States.

Maybe Mr. Harding has a particularly industrious or well-connected publicist, or maybe he himself has some high-level Times connections. About the only thing missing is a one-click-ordering link to the book’s Amazon page. Or maybe the Times is so overstaffed, and has so much empty newsprint to fill, that it feels compelled to cover the same marginally newsworthy story two times, with two different reporters. I tweeted at a London-based New York Times editor of international news and at the reporter of the front-page story featuring Mr. Harding, asking them about the duplication and whether Mr. Harding had some Times tie, and I got no response. Perhaps the whole situation is just the latest example of what I call the Times’ post-Holocaust Holocaust obsession.