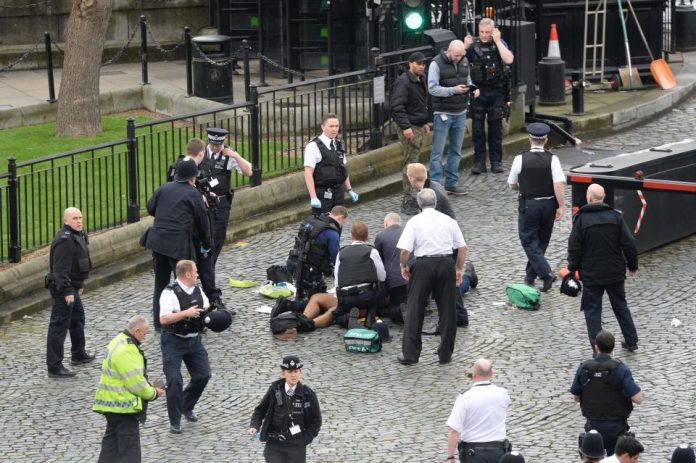 Police on Monday named two of the three attackers who killed seven people during a rampage through central London, saying both had lived only miles away from the scene of the carnage.

London’s Metropolitan Police identified the assailants as 27-year-old Khuram Shazad Butt, a British citizen who was born in Pakistan, and 30-year-old Rachid Redouane, who had claimed to be Moroccan and Libyan.

Both lived in the Barking area of east London, only a half-hour’s drive from London Bridge and Borough Market – the two adjacent areas where victims were targeted Saturday night. Police did not identify the third attacker, saying efforts to confirm his identity are ongoing.

All three assailants were fatally shot by police within eight minutes of the first emergency calls on Saturday night.

The identifications came as the police investigation intensified, with raids in Barking and Newham, another east London neighborhood, and as politicians officially resumed campaigning ahead of an unpredictable election that will be held in just three days. As of late Monday afternoon, 11 people were in custody, with police probing possible connections to the attackers.