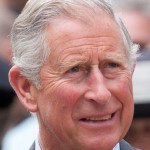 Israeli Prime Minister Bibi Netanyahu recently invited Britain’s Prince Charles to make an official visit to Israel, the Telegraph reported today, but such a visit is unlikely as long as the Palestinian-Israeli conflict remains unresolved.

The invitation was extended when the two met briefly on the sidelines of a climate change conference in Paris last week.

“Until there is a settlement between Israel and the Palestinian Authority, the Royal family can’t really go there,” a British government source told the newspaper. “In Israel so much politics is caught up in the land itself that it’s best to avoid those complications altogether by not going there.”