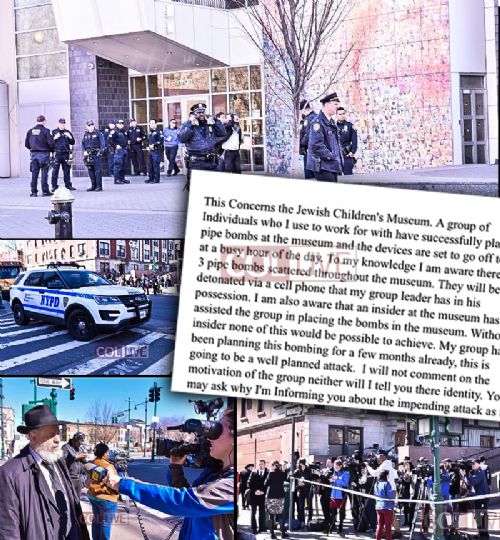 The Jewish Children’s Museum in Brooklyn’s Crown Heights neighborhood has been evacuated after a threat to the facility was received, joining many Jewish institutions who recently received similar notices.

Devorah Halberstam, Director of Foundations and Government services told COLlive that a member of the Museum’s staff received an email stating that there is more than one bomb in the building.

Sources said the bomb threat may have been a response to an article Halberstam wrote on immigration and was posted last night on the New York Daily News website.

The building has been evacuated, and the FBI and bomb squad are on the scene, and the NYPD has called for a level 1 mobilization.

The museum will remain closed today, as NYPD will be searching the entire building with bomb sniffing dogs.

The museum is located at 792 Eastern Parkway in the Crown Heights section of Brooklyn. It is across the street from Chabad World Headquarters – 770 Eastern Parkway.

770 was not affected by the evacuation.

The NYPD has notified to expect traffic delays, possible road closures, and a heavy presence of emergency personnel in the area of Kingston Avenue and Eastern Parkway in Brooklyn. Consider alternate routes and allow for additional travel time, they said.