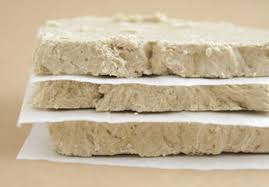 Brussels Airlines (a 45% Lufthansa subsidiary) announced yesterday that it will stop serving Israeli halva produced by the Israeli company Achva.

Brussels Airline apparently promptly caved in to a complaint from a “Palestine Solidarity Movement activist.” As its excuse for caving in to BDS, the airline falsely asserted that the halva products are made on “illegally occupied land.”

The Ynet article reports that Brussels Airlines also stated: “The [BDS-promoter] customer who came to us with the complaint brought to our attention that the aforementioned dessert is a controversial product. As a company which serves an international audience full of people from a wide rang of backgrounds and cultures, it is our responsibility to present products which will be amicable to all, and therefore, we decided to change desserts.“

Halva is not a “controversial product.” And Brussels has a moral and in many places legal obligation to not boycott Jewish businesses.

The Ynet article reported: “Yaakov Malach, owner of the Achva factory which produces the halva, said that “(our factory) is an ingathering of the exiles. Palestinians, Israeli-Arabs, Jews, Samaritans, and settlers all work here. Peace begins here, not from airlines. Peace comes from places where people work shoulder to shoulder.””

According to Brussels Airlines’ website: “Brussels Airlines is almost 100% owned by the SN Airholding (1,811,308 shares out of 1,811,309 actions). The SN Airholding is owned for 45% by the Lufthansa AG. SN Airholding is a Belgian holding of over 30 shareholders, concentrated on the air transport sector. The holding is made up of top level companies, financial institutions and investment groups such as the Virgin Group, Fortis, ING, Suez, Tractebel, Brussels Airport, la Société Régionale d’Investissements Wallone (SRIW) and Société Régionale d’Investissements Bruxelloise (SRIB).”