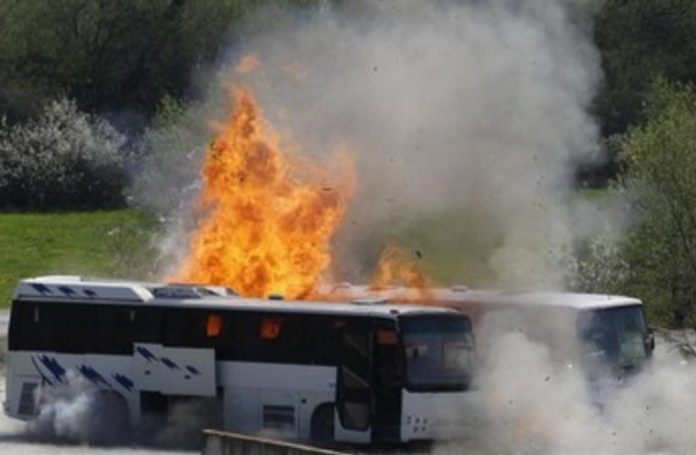 A Bulgarian court handed two no-parole life sentences Monday in a trial over a deadly 2012 bus bomb attack on Israeli tourists at the country’s Burgas airport.

Lebanese-Australian Meliad Farah, 31 at the time of the attack, and Lebanese-Canadian Hassan El Hajj Hassan, 24, who fled Bulgaria, were both given life sentences following an in absentia trial.

The two are said to have helped the bomber, Franco-Lebanese national Mohamad Hassan El-Husseini, to plot the attack and assemble the IED.

The attack in July 2012 killed five Israelis including a pregnant woman, their Bulgarian bus driver and the attacker, and left over 35 people injured in the deadliest against Israelis abroad since 2004.