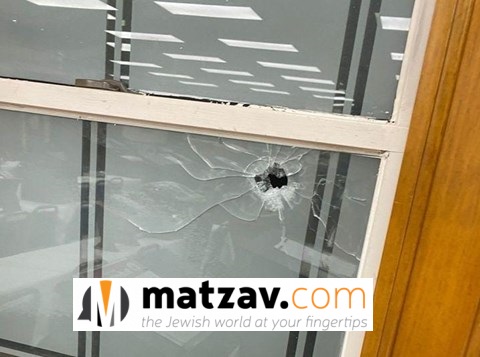 New York police detectives are investigating a shooting incident at Khal Zichron Mordechai, located on Nostrand Avenue between Avenues L and M in Flatbush, where a bullet hit a side window of the shul building at around 2:30 p.m. on Shabbos.

The shul is led by Rav Shimshon Sherer.

The bullet was reportedly a stray one that happened to hit the shul building.

Surveillance video revealed that the bullet was shot earlier in the afternoon.

The shul was empty at the time of the incident and no one was hurt.

New York City police are currently investigating whether there was a shooting incident in the area at the time.