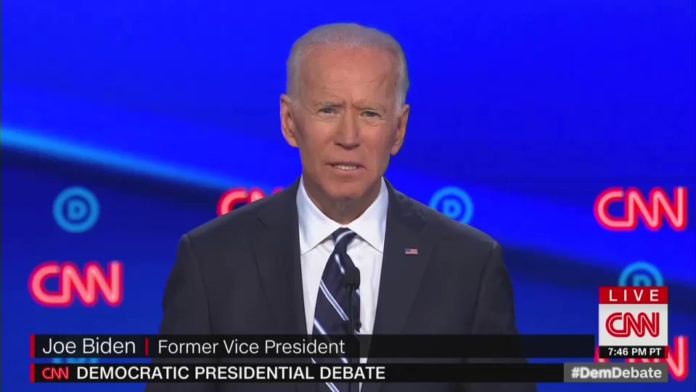 Former vice president Joe Biden stumbled in the final moments of Wednesday’s Democratic debate, telling millions of viewers to go to the website Joe30330.com instead of his actual campaign site.

The website, which was non exisatent at the time of te blunder, was quickly bought by a satirical political campaign called Josh for America. Options to donate at the site lead to candidate Pete Buttigieg’s campaign.

Biden’s twitter feed later clarified that the former Vice President was fumbling to offer an option to donate through texting – by message the word “JOE” to the number 30330.

“Let’s keep our momentum going. If you liked what you heard tonight, text JOE to 30330 and let’s get to work,” the tweet read.