In many cities around the world, there are simple established rules for riding buses: board at the front and exit at the back, making for an orderly passenger flow.

Somehow, the pattern never caught on in New York, where every day at every stop, riders barge out of the front doors as new ones try to enter.

Some people like to go out where they came in; they like having human contact at both ends of the trip, to say goodbye or offer thanks. Some try to avoid such interactions, or want to get off closer to the intersection the bus has just passed, or abide by the precept that exiting through the rear saves time for everyone. And some simply go out through the closer door.

Passengers who exit at the rear are not always rewarded; the back doors can stick. Thwarted riders pound on the doors and shout “Back door!” as if beckoning help from the gods, until the doors open and they can hurl themselves off.

Now, the Metropolitan Transportation Authority has added a complication to the equation: a third door on some of the long buses with accordionlike midsections. One door is at the front, one is just before the midsection and the third is at the rear.

The buses were recently introduced on some crosstown routes, like 79th Street in Manhattan; the transportation authority plans to bring them to routes on 14th and 23rd Streets.

The new buses have announcements that clearly state, “Please exit through the rear door,” before and after every stop.

But transit officials recognize that making something easier does not mean riders will take advantage of the change. Howard H. Roberts Jr., a former president of New York City Transit, said the agency had struggled with exiting problems on buses for years. He said it was especially hard because the fronts of buses are often filled with elderly passengers who want to minimize how much walking they do.

“They prefer to get off at the front, the same door they got on,” Mr. Roberts said. “It’s a cultural thing, and it’s not particularly easy to solve that problem.”

Having to decide among Doors No. 1, 2 and 3 is not necessarily simple.

Elyse Goldstein, an Upper East Side psychologist with a practice only steps from the 79th Street route, was invited to observe how bus passengers made their exiting choices; she suspected the route’s more privileged riders liked to exit from the front because the front door was associated with the service and safety they were accustomed to.

“When you’re leaving through the front door, it’s like someone is holding the door for you. It’s like when you’re exiting a building,” Dr. Goldstein said. “The back door, you actually have to press it and sometimes it gets stuck. The back door has more real or imagined perils. You could be stuck there screaming ‘Back door! Back door!’ ”

“The middle is the least popular one,” Dr. Goldstein said, as she delicately gripped one of the handles on the bus with a tissue. “Most people prefer the privacy of the back or the access of the front.”

When one elderly gentleman rapped on the middle doors to get them to open, nothing happened. Soon a young woman shouted “Back door!” on his behalf, the driver released the door, and both passengers fled.

The authority recently ordered 328 buses equipped with three doors, supplementing its existing fleet of 90 three-door buses on its Select Bus Service routes. Henry Sullivan, chief maintenance officer for the authority’s Department of Buses, said that while it was too early to track what effects the extra door was having on passenger flow, he remained hopeful.

“Without having statistics, I know they’re using the middle door more,” he said about riders. “It’s easier for them to get out.”

But many riders have noticed problems with the middle door. Maria Shepherd, a regular M79 bus rider, said the extra door let in the elements more, especially during the winter. “With the three doors,” she said, “it’s freezing with the cold.” 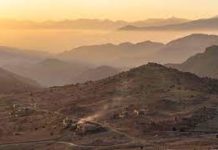