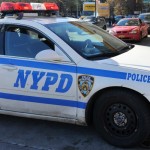 A man accidentally shot by a plainclothes NYPD officer during an undercover gun deal gone wrong died Saturday, police announced. Felix Kumi, 61, was shot Friday after a man pulled a gun on an undercover NYPD officer who was investigating the sale of illegal guns. He was shot once, while the gunman was hit three times in the torso.

The target of the probe, 28-year-old Jeffrey Aristy, was arrested on drugs and weapons charges. Read more at the New York Times.