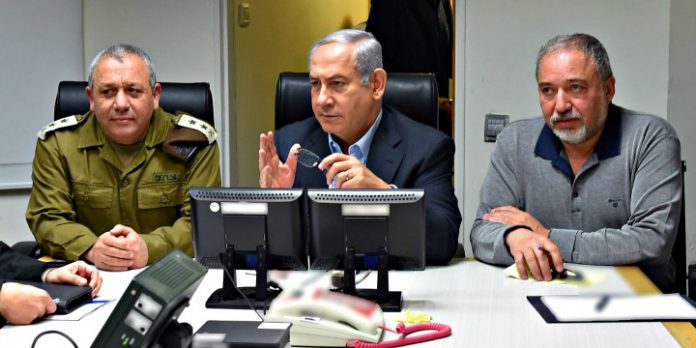 Such “extreme” situations, according to the now-shelved amendment, could arise in the event that there is no time for cabinet-wide deliberations or if sensitive information could become compromised if shared with the cabinet ministers.

Under the previous law, before the amendment was passed on April 30, it was the cabinet that had the power to declare war.

The measure was revisited following public criticism, as well as concerns expressed by members of the government. Prime Minister Benjamin Netanyahu and Justice Minister Ayelet Shaked proposed to roll back the amendment to its original form, which would permit the Security Cabinet to make the decision in certain circumstances without authorization from the full government, but not the prime minister and defense minister alone.

The motion to withdraw the amendment will be brought to a vote at the weekly cabinet meeting on Sunday.

The top-secret forum is mandated to have at least seven members including the prime minister, defense minister, foreign minister and justice minister. It currently has 10 permanent members.