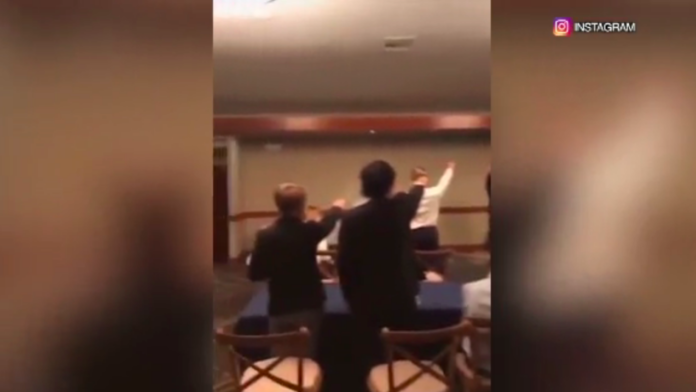 A group of high school students has been caught on video giving the Nazi salute. An eight-second video appears to show students from Pacifica High School in Garden Grove, California, singing a Nazi marching song while raising their arms in a Nazi salute.

The video was filmed in November 2018 before an after-hours, off-campus student athletics banquet, the Garden Grove Unified School District said in a statement. The video was shared among a small group of students on social media, the district said.

The district would not give details of how the students were disciplined, citing federal law that protects student records.

“Garden Grove Unified School District and Pacifica High School strongly condemn a video recorded last year of some students who engaged in offensive Nazi-related gestures,” the district’s statement read. “Pacifica High School, along with our other district schools, will be working with students, staff, and parents to continue to address these issues in the fall in collaboration with agencies dedicated to anti-bias education.”