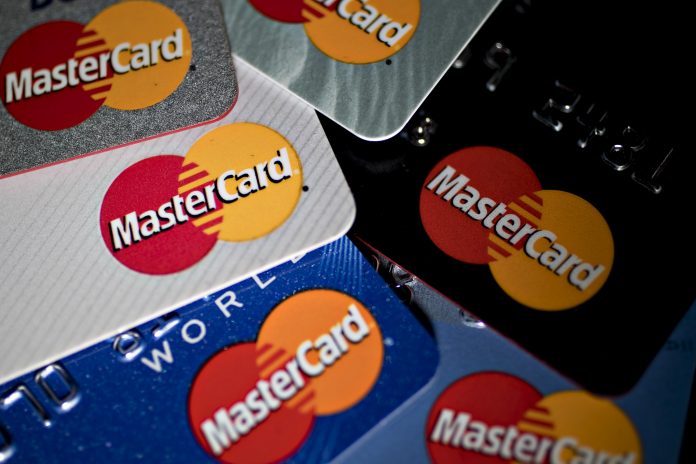 Shortly before Thanksgiving, Nathan Lundquist, a 22-year-old senior at Auburn University, was sitting in the Delta Air Lines lounge in the Atlanta airport, pondering his next credit card.

In blogs and online forums in which “churners” obsess over credit-card reward programs, he’d heard that once in a blue moon, American Express offers a 100,000-point sign-up bonus, more than twice the usual incentive, for its premium Platinum card. If he could hunt down the offer, it would be his ninth card, part of a collection carefully chosen over the previous 14 months to get the best travel perks and other rewards with the least financial sacrifice.

While spending time with family in upstate New York the following evening, Lundquist said, his phone “started going crazy.” Friends from Reddit’s credit-card churning forum wanted him to know that a blogger had posted a live link to a credit-card offer. It was the very same, elusive AmEx Platinum 100,000-point sign-up bonus he had tried to conjure on Twitter.

Lundquist pulled out his laptop and was approved within minutes. The challenge facing him in the year ahead: Justify Platinum’s $450 annual fee through shrewd use of his shiny, new card. Still, he was glad he acted quickly. Shortly after midnight, the offer link was dead.

Americans have more than 340 million credit cards, according to the American Bankers Association, up 24 percent over the past five years. And they’re really churning through them. Aite Group estimates that 109 million new credit card accounts will be opened this year-and 127 million in 2020.

To attract the most profitable customers, banks are competing to offer the most irresistible perks, especially through premium cards such as the AmEx Platinum, Citibank’s Prestige card, and the new Chase Sapphire Reserve card, which created a frenzy online when it launched in August.

JPMorgan Chase Chief Executive Officer Jamie Dimon said on Tuesday that the Sapphire Reserve’s perks will end up reducing the bank’s profits by $200 million to $300 million in the fourth quarter.

“The card has been doing great,” Dimon said at an investor conference in New York. “Now we have to account for acquisition cost in that business.”

Amid all the competition, consumers are left with an array of complicated, potentially expensive options. There are basic cards with relatively low interest rates, cash-back cards whose benefits depend on what you buy, and the travel and reward cards with hefty annual fees. As Lundquist knew when he boldly pulled the trigger for his Platinum card, it takes a lot of travel and other goodies to justify a $450 annual fee.

The wrong choice can cost you money or a free trip. An estimated 44 percent of customers with airline credit cards “appear to be in the wrong product,” according to J.D. Power’s 2016 U.S. Credit Card Satisfaction Study, because they aren’t spending enough to accrue free trips, aren’t redeeming the rewards they do rack up, or aren’t taking advantage of other perks. J.D. Power also looked at bank reward programs and found that 20 percent of customers had the “wrong card.”

Credit-card reward programs can look like ridiculously generous giveaways. But banks have sophisticated ways of ensuring that the programs ultimately make a profit.

“They’re no dummies,” Edward Niestat, managing director at consulting firm Novantas, said of the analysts who design reward programs. Banks boost profitability by making sure they’re signing up the right customers, people who tend to spend enough, borrow enough, or pay enough in fees to more than justify any perks they collect.

“The better you are at targeting,” Niestat said, “the more you can afford to pay them” in rewards.

One way to shift the math in your favor is to grab an offer that probably wasn’t intended for you. That may be more or less what Lundquist did. A spokeswoman for American Express declined to comment, but Lundquist is pretty sure his tweet had nothing to do with AmEx putting out the 100,000-point Platinum offer.

Credit-card churners are constantly scouring bank websites for links to new offers. The source of the link that Lundquist used was a website called U.S. Credit Card Guide. Its founder, a part-time blogger based in California who declined to give his name, said he found the link after discovering a pattern in the URLs that American Express used for its card offers. Other links, posted to Reddit’s churning forum, have been discovered via sophisticated Google searches.

An especially generous sign-up offer can shift the math in a consumer’s favor, at least in the first year.

Judah Ross, a 28-year-old in Austin, nabbed the AmEx Platinum 100,000-point bonus in August of last year by following a link he remembers as lasting just half a day. The bonus, along with rewards from almost 30 other credit cards he has collected over the past three years, have allowed the software sales professional to take dozens of free trips.

When, late on Nov. 23, Ross saw that the same offer was available again, he woke up his girlfriend and convinced her to apply. “The return of the 100k [AmEx Platinum offer] has been on the top of every churner’s wish list for the past year,” said Ross, who estimates his girlfriend will get “at least a 300 percent return on the big $450 annual fee.”

Clicking on even the most lucrative link can be a bad idea for some, or even most, people. Winning this game may mean being brutally honest with yourself.

If, like most cardholders , you often carry over a balance from month to month, you’re probably better off in a “value card” with no annual fee and a low interest rate. J.D. Power found that 84 percent of those with value cards had the “right” product for them, while just 16 percent could get additional benefits by upgrading.

If a rewards card is right for you, picking wisely means recognizing how you’ll actually use the card. Consumers “may be picking a card that may not be aligned with how they spend,” said Aite Group senior analyst Tiffani Montez. “Are they really a traveler, or an aspirational traveler?” In other words, are you sure your boss, your family, and other obligations will let you get away enough to use those perks?

Even if you can take that two-week trip to Asia next spring, you have to navigate complicated rules to access your perks. To accrue the Chase Sapphire Reserve’s 100,000-point sign-up bonus, for example, you need to spend $4,000 on the card in the first three months.

So what is Lundquist, a 22-year-old college student, doing with his nine cards, the newest with a $450 annual fee?

His mother had the same question, he said. “She was like, why did you get another credit card?”

He ticked off the reasons. First, he can put both tuition and rent payments on his cards, meeting their spending requirements and accruing even more reward points in the process. Second, as a student, he has the time and motivation to use the travel perks.

He’s already planning a trip to New Orleans for New Year’s Eve. He has no classes scheduled on Mondays and Fridays this winter, so he can take ski vacations over long weekends. Third, he’d love to return to Europe, where he studied abroad, before he joins the U.S. Army in the fall. He’s currently a member of the Army’s Reserve Officers’ Training Corp, or ROTC.

“There’s definitely ways to look at it that I can justify the costs,” Lundquist said. Still, he’s thinking about canceling some of the old cards he no longer uses. He doesn’t want to go overboard, like some of the churners he’s met.

“I don’t want to be the guy carrying three wallets in the airport,” he said.