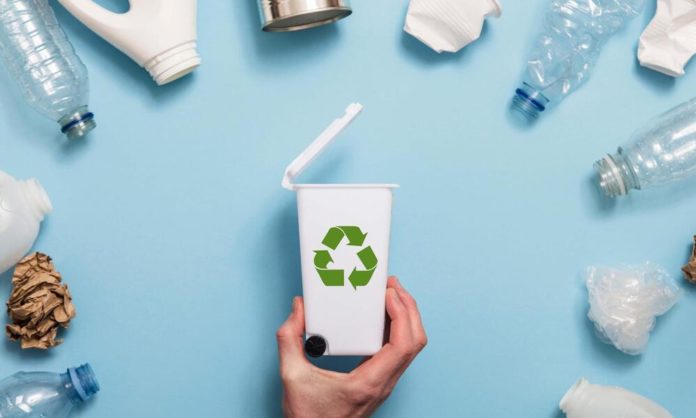 Canada will ban the manufacture and importation of “harmful” single-use plastics by the end of the year, the government said, in a sweeping effort to fight pollution and climate change.

Most plastic grocery bags, cutlery and straws would come under the ban, with a few exceptions for medical needs, Canada’s Environment Ministry said Monday.

“The ban on the manufacture and import of these harmful single-use plastics, barring a few targeted exceptions to recognize specific cases, will come into effect in December 2022,” it said in a statement.

“To provide businesses in Canada with enough time to transition and to deplete their existing stocks, the sale of these items will be prohibited as of December 2023.” It will also stop exporting such plastics by the end of 2025, to prevent international pollution, it added.

Prime Minister Justin Trudeau, who first promised to phase out hard-to-recycle plastics in 2019, hailed the move as a boost to Canada’s efforts to tackle climate change. “We promised to ban harmful single-use plastics, and we’re keeping that promise,” he tweeted.

“Over the next 10 years, this ban will result in the estimated elimination of over 1.3 million tonnes of plastic waste and more than 22,000 tonnes of plastic pollution. That’s equal to a million garbage bags full of litter,” he added.

In Canada, up to 15 billion plastic grocery bags are used every year, and approximately 16 million straws are used daily, according to government figures, with such single-use plastics making up most of the plastic litter found across Canada’s shorelines.

“With these new regulations, we’re taking a historic step forward in reducing plastic pollution, and keeping our communities and the places we love clean,” said the environment and climate change minister, Steven Guilbeault.

Global efforts continue on how to tackle the material that takes centuries to break down.

Kenya, Chile, the United Kingdom and the European Union have all put in place various bans on single-use plastic goods – while Canada’s neighbor, the United States, ranks as the world’s leading contributor of plastic waste, according to a congressionally mandated report released last year.

The United Nations, earlier this year, laid the foundations for an ambitious, legally binding treaty to reduce plastic waste. The global treaty to “end plastic pollution” could result in caps on plastic production or impose rules to make plastic easier and less toxic to repurpose.

However, the treaty proposals are tentative and have received pushback from the oil and petrochemical industries.

The coronavirus pandemic was also seen by environmentalists as a step back in the global plastic crisis for many nations. The use of disposable masks and personal protective equipment led to a sharp rise in pollution, with some 8 million metric tons of pandemic-related plastic waste created by 193 countries, according to a global study published last year. Much of the waste has ended up in oceans, threatening to disrupt marine life and pollute beaches.

Greenpeace Canada welcomed Ottawa’s move but said the country still had to do more.

“The release of the regulations is a critical step forward, but we still aren’t even at the starting line,” Sarah King, head of the environmental group’s oceans and plastics campaign, said in a statement. “The government needs to shift into high gear by expanding the ban list and cutting overall plastic production.”

The Sierra Club Canada Foundation, an environmental charity, also called on the Canadian government to implement “even faster action to stem the tide of plastic pollution.” It said public pressure was growing and suggested the list of goods be expanded to include drinking cups, cigarette filters and single-serve packets.

The United States contributes more to the polluting deluge than any other nation, generating about 287 pounds of plastics per person annually.

Piecemeal efforts have been put in place by some states, with New York implementing a ban on single-use plastic bags in 2020. Earlier this month, a California bill was introduced to reduce plastic production for single-use products such as shampoo bottles and food wrappers by 25% starting next decade.

The Biden administration issued an order this month to phase out single-use plastic products and packaging on public lands by 2032, according to a statement by the Interior Department. That includes plastic and polystyrene food and beverage containers, bottles, straws and cups, it said.