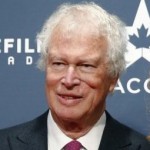 Taylor and his wife procured Canadian passports for the six U.S. embassy workers, who pretended to be part of a Candian film crew.