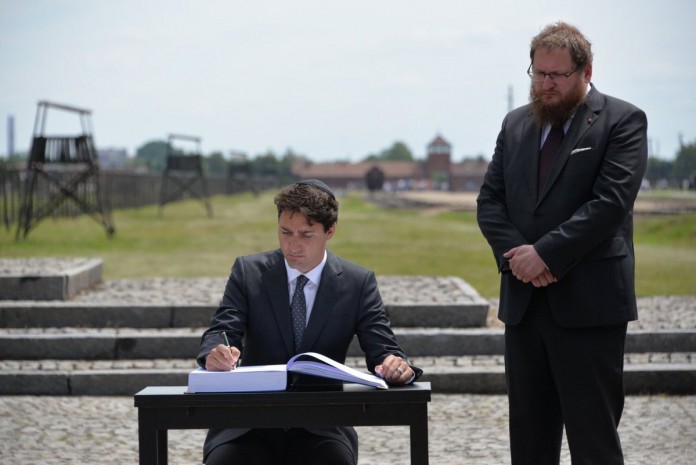 He was given a personal glimpse into one of the darkest chapters in human history through the recollections of a Holocaust survivor and his family.

Trudeau was deeply affected by what he saw and wiped away tears several times as he surveyed the massive ruins and shattered masonry that had once been gas chambers where millions met their deaths.

Trudeau made a point of asking to visit Auschwitz following the NATO summit in Warsaw.

When he wrote in the book of remembrance, his reflection seemed to speak as much to today as the horrors of the past.
“Tolerance is never sufficient,” Trudeau wrote, “Humanity must learn to love our differences.”

He had to switch pens, at one point as he scratched out a longer message. The first one ran out ink.

Trudeau went on to write: “Today we bear witness to humanity’s capacity for deliberate cruelty and evil. May we ever remember this painful truth about ourselves and may it strengthen our commitment to never again to allow such darkness to prevail. We shall never forget.” 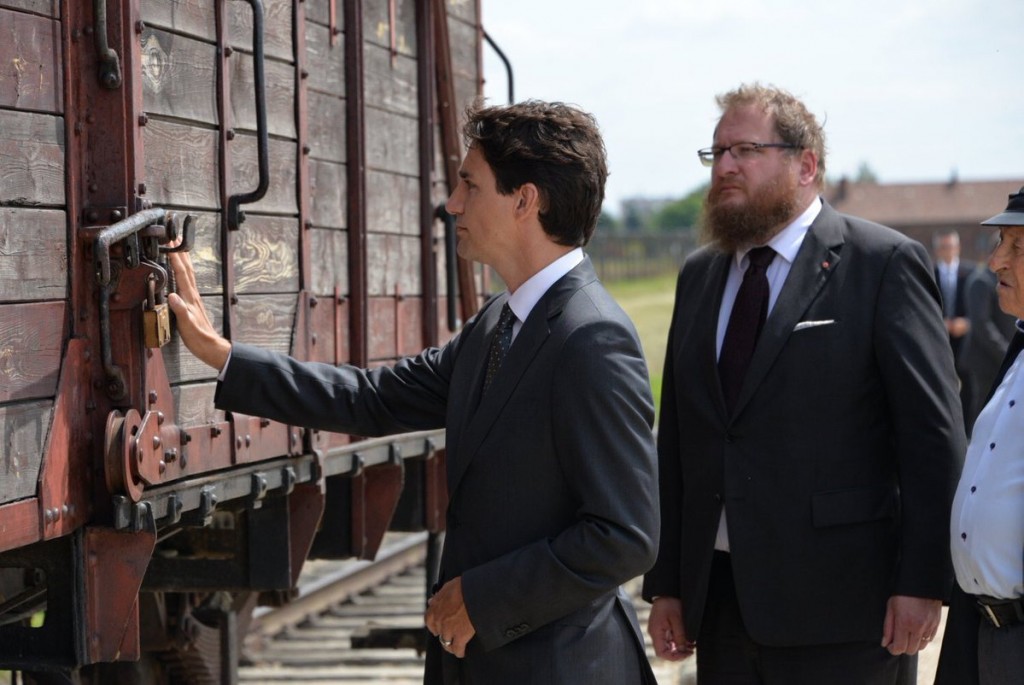 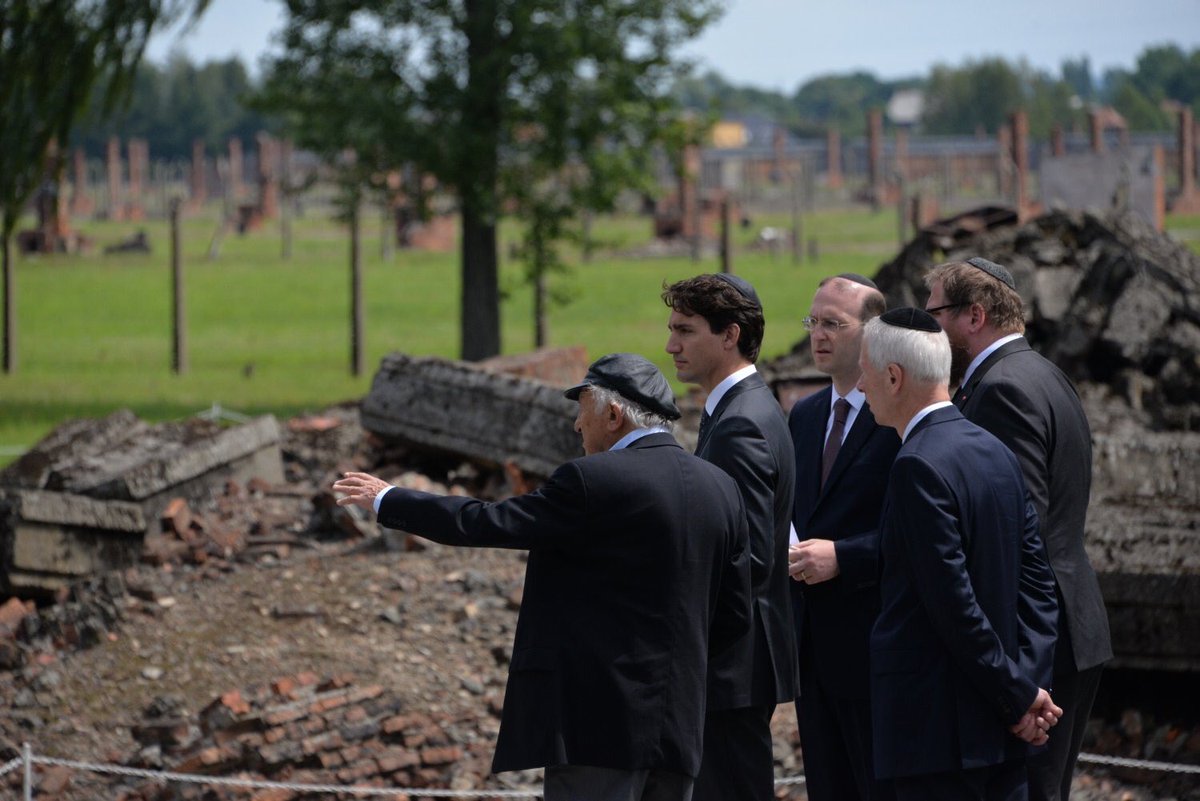 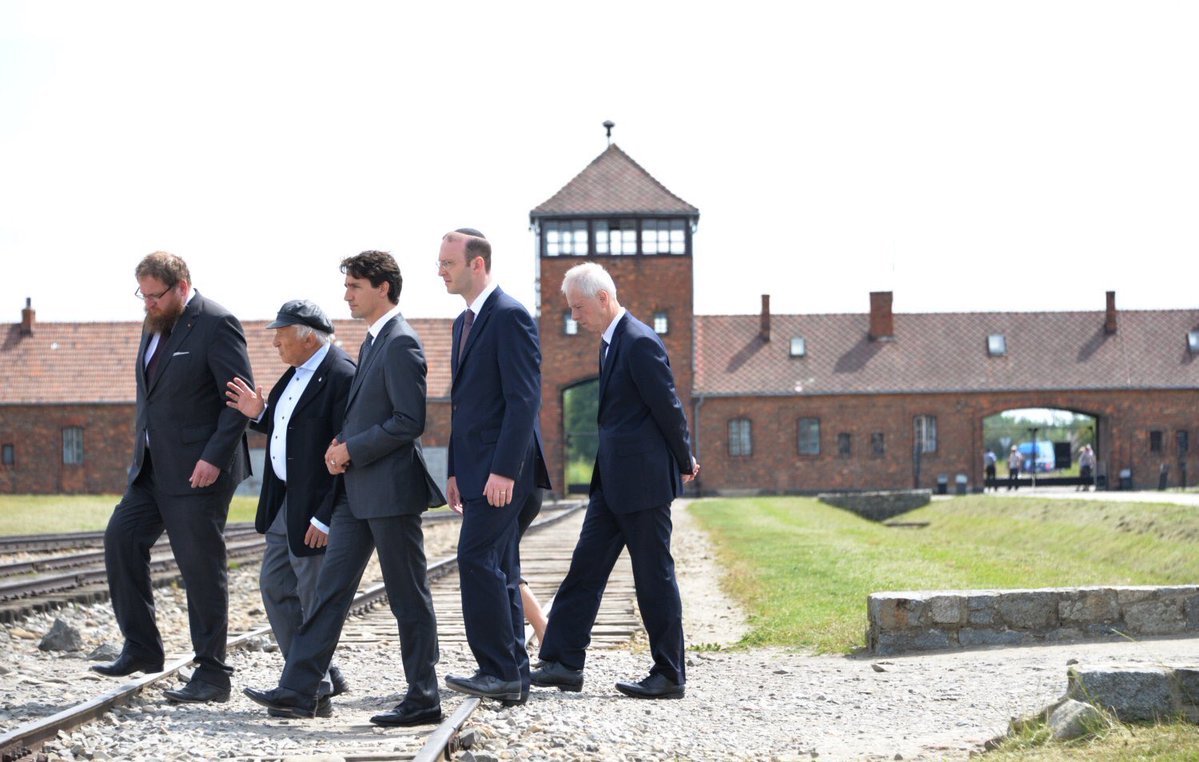 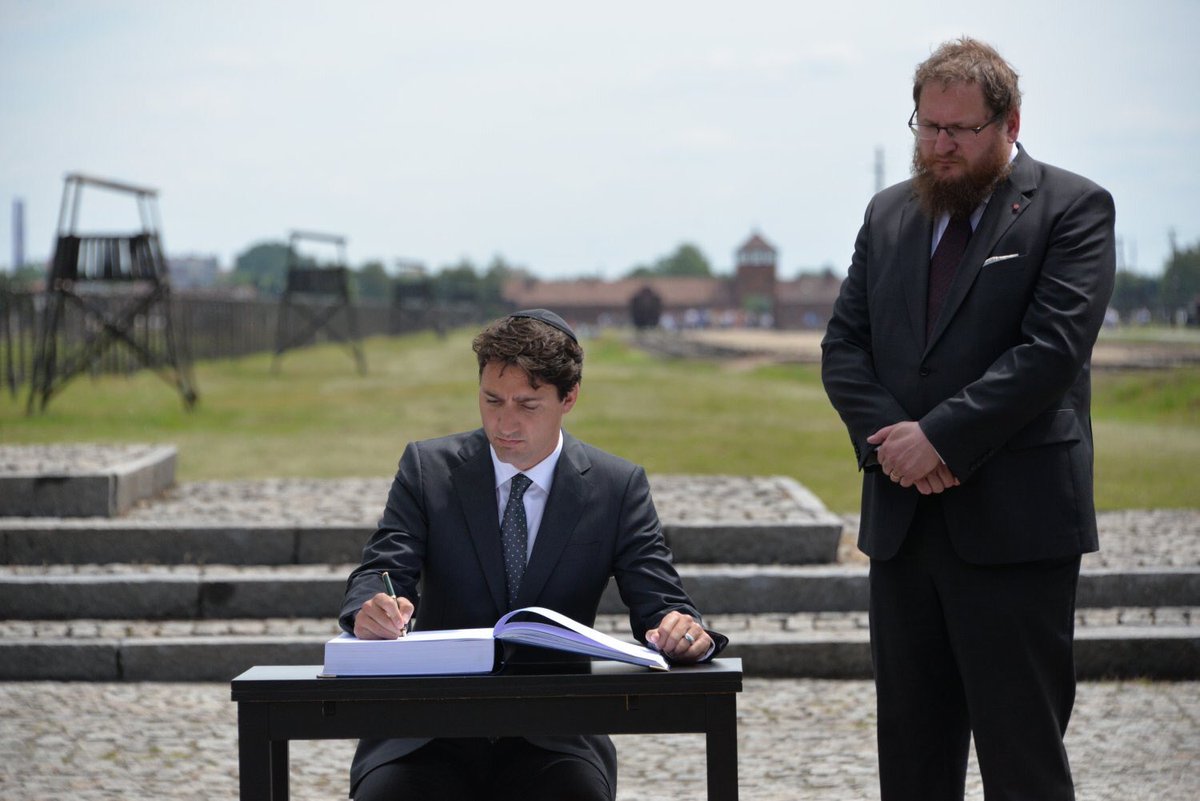