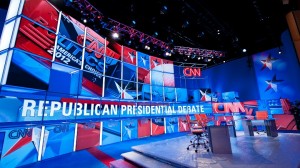 CNN, which is playing host to the next GOP presidential debate, announced changes to the criteria for entry Tuesday, which allows for Carly Fiorina to make the cut.

Any candidate who ranked in the top ten between August 6 and September 10 will be allowed to participate.

Previously the criteria was based on an average of polls conducted between July 16 and September 10 which didn’t quite account for the increase Fiorina saw in poll numbers since her previous performance in the first debate in Cleveland, for which she was relegated to the earlier time slot. Read more at The Washington Post.