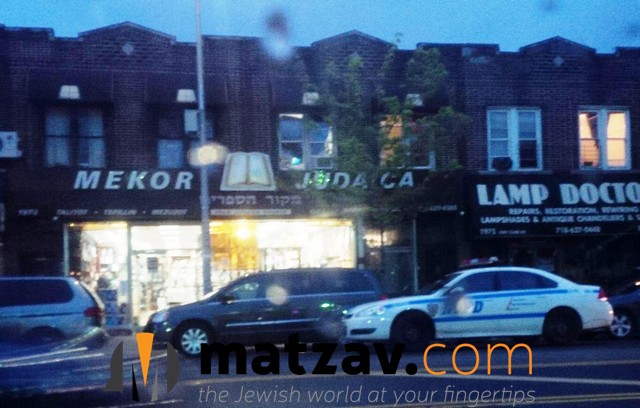 A man entered Mekor Judaica on Coney Island Avenue, between Quentin Road and Avenue P and proceeded to steal 3,000 in cash.

Former known as Mekor Haseforim when the store was located at a different location on the same block, Mekor is a popular Judaica store in that neighborhood of Flatbush.

The man, wearing a blue hat, came from the south and made a right turn into the store, located on the eastern side of Coney Island Avenue. He then headed to a study at the back of the store, where he opened three drawers, looked around and finally made off with $3,000 found in a jacket that was hanging behind the office door.

The NYPD was contacted after the thief fled the store with the cash and officers arrived.

Investigators are currently reviewing surveillance footage, which clearly shows the man’s entrance and exit. The footage indicates that the man knew where he was going and what he was looking for. His identity has not yet been released.