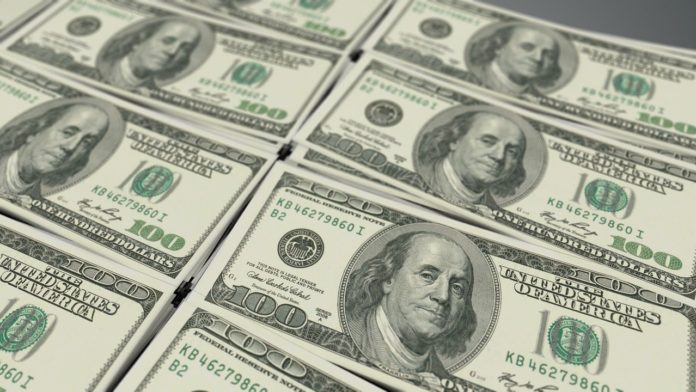 For the first time since World War II, the U.S. government’s debt will roughly equal the size of the entire American economy by the end of this year, the nonpartisan Congressional Budget Office said Wednesday.

The rapid change is largely due to the surge in new spending that the government authorized as it tried to control the economic impact of the coronavirus pandemic.

By the end of 2020, the amount of debt owed by the United States will amount to 98 percent of the nation’s gross domestic product, the CBO said. That is up from 79 percent last year. Total government debt will surpass the U.S. economy’s size next year, the CBO said.

Fueling this rise is a big jump in the government’s annual budget deficit, which is projected to widen to $3.3 trillion by the end of this fiscal year, more than triple its level in 2019. The deficit was already on track to be elevated because of recent tax cuts and spending increases, but the government’s response to the pandemic expanded that gap dramatically.

The government typically spends more than $4 trillion a year on programs and services, but Congress has approved more than $3 trillion in emergency funding since March to combat the outbreak and subsequent economic downturn. That included hundreds of billions of dollars in aid for businesses and the unemployed.

During the Obama administration, many Republicans campaigned aggressively on promises to shrink — or even eliminate — the budget deficit, but President Trump has shown little interest in such an approach. Before the coronavirus pandemic, he told aides he would seek to address the budget deficit in a second term, but in recent months he has called for additional spending and more tax cuts.

But members of his party have become cooler to the idea of additional spending. The rising deficit has already affected negotiations over whether to approve additional stimulus spending. Many Republican members of Congress, and some White House officials, have balked at the idea of approving an additional $2 trillion in spending to deal with the weak economy, though Democrats have said such aid is necessary to help the jobless, cities and states.

The deficit has not yet emerged as a major issue in the 2020 presidential election. The imbalance is likely to be a major factor in debates over the proper size of government next year, however, as policymakers try to balance the rising deficit with sustaining an economic recovery. The deficit could continue to grow if Congress approves another round of emergency spending, such as sending new stimulus checks to households.

Few policy experts believe Congress is likely to do something to reduce the deficit in the short term, particularly while unemployment remains near 10 percent. Interest rates are low, which makes it less costly for the federal government to borrow. And inflation — one of the principal concerns about higher deficit spending — has remained largely in check.

“It will be hard to ratchet down this spending going forward, and we are going to be entering a long stretch of deficits well above historical averages,” said G. William Hoagland, a senior vice president at the Bipartisan Policy Center and former Republican staff director for the Senate Budget Committee. “But as a matter of national politics, the deficit was not a matter of concern before the pandemic and it won’t be after.”

The annual federal deficit in 2020 is expected to equal roughly 16 percent of the nation’s GDP, which would be the largest amount since 1945. Policymakers have often tried to bring the deficit down below 3 percent, though Republicans have said in the past that they would seek to eliminate the deficit altogether by slashing spending.

As the coronavirus pandemic hit the U.S. economy earlier this year, tax revenue fell as business activity slowed down and many Americans lost their jobs. In an attempt to give households and businesses financial relief, the Trump administration and Congress delayed payment of numerous tax obligations. Individual income taxes dropped by about $200 billion, according to the CBO’s projections, while corporate income taxes fell by about $80 billion.

The bigger change came on the spending side. The U.S. government is on pace to spend roughly $6.6 trillion in the fiscal year that concludes at the end of this month, an approximately $2.2 trillion increase from the year before, the CBO said. The largest new spending obligations came from the Cares Act, which was approved by Congress in March. The measure directed more than $500 billion to the Paycheck Protection Program, aimed at small businesses, as well as hundreds of billions in pandemic unemployment compensation and $1,200 stimulus payments to tens of millions of American households.

Some experts see the projected rise in the national debt as a cause for concern, even though many others say Congress should remain focused on avoiding a recession or a prolonged economic slump.

The historically low interest rates, the result of extraordinary interventions by the Federal Reserve, may help mask the cost of the spending surge. A spike in interest rates over the next decade could send the deficit soaring and make it difficult to get federal spending under control, said Brian Riedl, a budget expert at the libertarian-leaning Manhattan Institute.

“While Congress must focus on addressing the pandemic and recession, the projected doubling of the national debt through 2030 should scare taxpayers,” Riedl said.

Other economic experts said lawmakers should remain focused on fighting unemployment and ensuring Americans can afford to eat. Trump administration officials, such as Treasury Secretary Steven Mnuchin, have said the United States. should take advantage of the low interest rates, which make federal spending cheap. Despite massive spending increases, the CBO report found virtually no change to the 10-year deficit impact, because low interest rates are alleviating the costs of new spending.

“The numbers I’m more concerned about are the swaths of families unable to pay rent or put food on the table, and Congress should be working to decrease those instead of the deficit,” said Elizabeth Pancotti, an economic expert at the left-leaning group Employ America.

It is unclear whether either party is planning a serious push to reduce the deficit. In 2017, the GOP approved tax cuts that will cost upward of $2 trillion over the next decade. Republicans also agreed to more than $3 trillion to fight the pandemic earlier this year, when the pandemic’s economic impact appeared most severe.

Total U.S. government debt is now more than $20 trillion. By the end of the decade, the CBO says, that number is projected to rise above $33 trillion. In 2013, when federal debt was substantially lower, Trump tweeted that President Barack Obama “is the most profligate deficit & debt spender in our nation’s history.” Vice President Pence and other Trump administration officials had previously criticized debt levels under the Democratic administration.

Since the Cares Act was approved in March, congressional Republicans have again raised concerns about the nation’s spending obligations. The concerns among conservative lawmakers have complicated efforts by Senate Majority Leader Mitch McConnell (R-Ky.) to unify his party around an additional stimulus package, despite bipartisan agreement and support from the White House for another bill. He is expected to propose a new spending package that would be less than $1 trillion, substantially lower than what Democrats have demanded.

The fiscal priorities for Democrats next year are less clear. During the Democratic presidential primaries, Joe Biden called for trillions of dollars in new spending but outlined plans to pay for his proposed government expansions through new tax increases. Biden has since endorsed House Democrats’ Heroes Act, which would authorize $3 trillion in additional coronavirus relief spending and would not include tax increases.

During a campaign speech Wednesday, Biden said one reason there is gridlock in Washington is that a number of congressional Republicans will not approve new policies that might add to government borrowing levels.

“The reason why they can’t get anything done in the Republican Congress is 20 members of the United States Senate say under no circumstances will they raise the deficit at all,” the Democratic presidential nominee said. He added sarcastically, “Well, that’s wonderful.” 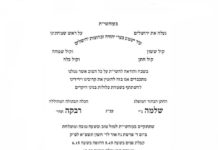