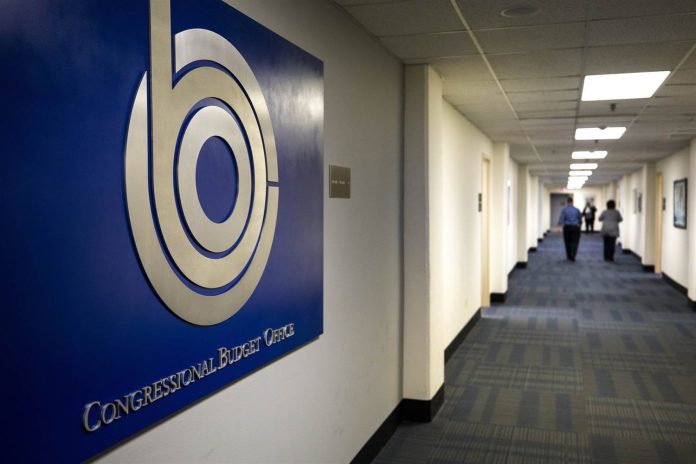 The Congressional Budget Office says that the federal budget deficit will again hit $3 trillion this year, $745 billion more than its estimate five months ago, as it takes into account the cost of President Joe Biden’s $1.9 trillion coronavirus rescue plan.

In an updated forecast Thursday, the CBO said the deficit for the current 2021 budget year, which ends Sept. 30, will be the second-largest in history, coming in shy of last year’s record shortfall of $3.13 trillion.

Federal debt, meanwhile, will rise to 102.7% of the total economy this year from 100.1% last year, according to the CBO forecast. This year’s number would eclipse last year’s as the highest debt level since the end of World War II.

The deficits in both years have been inflated by the trillions of dollars in support Congress passed at the urging of both the Trump and Biden administrations to combat a deep recession triggered by the COVID pandemic.

The CBO estimates that, with the economy improving as vaccines are distributed and the country re-opens, the deficit for the 2022 budget year will drop to $1.15 trillion. That would still be $97 billion higher than the deficit the CBO estimate back in February.