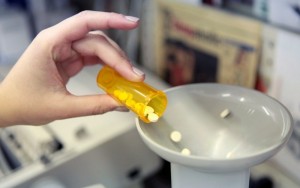 A drug commonly used to treat life-threatening parasitic infections has jumped in price to $750 per tablet, from $13.50, after being acquired by a pharmaceutical startup run by a former hedge-fund manager.

The 62-year-old drug, Daraprim, was acquired by Turing Pharmaceuticals this year.

“At the end of the day, the price per course of treatment — to save your life — was only $1,000,” Shkreli said. Daraprim is still underpriced relative to its peers.” He also explained that the company simply needed to make a profit on the drug.

Biotech stocks plummeted Monday after Hillary Clinton announced that she would release a plan to combat high prescription-drug costs in response to the Turing incident. Read more at The New York Times.