Chacham Ovadia Yosef criticized MK Chaim Amsalem of Shas in his weekly Motzoei Shabbos drasha in a first public reference to the MK, who on Wednesday announced that he wouldn’t return his mandate despite the growing animosity in the party’s leadership toward him.

“There are those who speak about yeshivot, as though they were created solely for great Torah scholars who will become rabbonim and dayanim, and if that doesn’t suit the person, he should go to work,” Rav Yosef said of Amsalem’s doctrine, without naming him.

“These are not the voices of Torah, but against it; Torah learners sustain the world,” Rav Yosef said.

“Whoever tells yeshiva boys to go to work is lacking faith in our Torah,” he said later.

Chacham Ovadiah also responded to Amsalem’s claim that he is barred from speaking directly with him, and consequently his stances are presented in a distorted manner.

“There are people who talk against my family, my son Rav David and Rav Zvi [Chakak, his son-in-law with whom Rav Yosef lives], as though they prevent people from coming to me. That’s not the way it is. I determine who comes to me and who doesn’t. Anyone who wants to can come, pray, and we’ll meet. I never refused to meet anyone,” he said.

Rav Yosef’s clear sentiment might indicate that the Moetzet Chachmei Hatorah of Shas, which Rav Yosef heads, will convene to decide on the official ousting of Amsalem from Shas. A meeting on the issue had been set for last Tuesday, but was called off, perhaps to hear what Amsalem would say after returning from a week in Canada.

Amsalem on Wednesday said that he had no moral right to return his mandate to Shas, since “My place in the Knesset belongs to the public that chose me and supported me.” However, a direct imperative from Rav Yosef would be very problematic for him to refuse, especially after Rav Meir Mazuz told the MK in a letter that his future in Shas was in Rav Yosef’s hands. 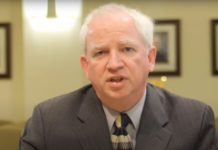 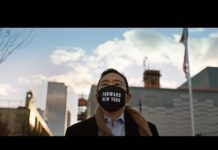