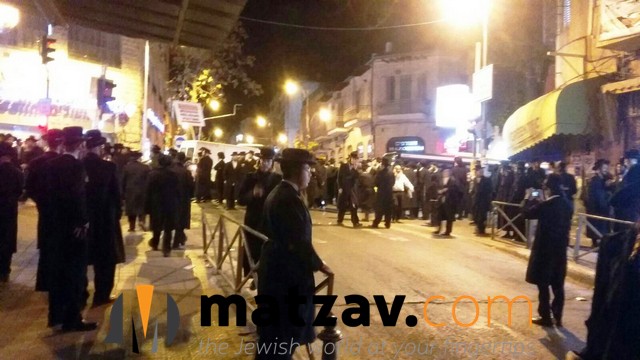 Hundreds of the ultra-Orthodox community protested in Israel’s city Modi’in Illit and disrupted traffic on the roads, Hebrew media reported on Tuesday night.

According to Hebrew-language outlet Ynet, the protest was held due to earlier police interference with worshipers, detaining five individuals in a local synagogue.

The protesters were heard shouting at the police not to interfere with their lives, yelling “only Torah greats will decide what is allowed and disallowed.”