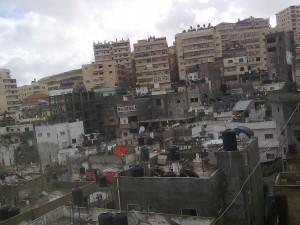 A boy recently wandered into an Arab neighborhood in east Yerushalayim but was rescued by a local resident before he came to harm.

“My son finished a regular day of learning in his Talmud Torah but for some reason got confused with the busses and got onto the 55 line instead of the 52 line which takes him home,” his father, Chanan, said. “He got off the bus at French Hill and when he did not recognize the place began to walk along the railway tracks until suddenly found himself in the Arab neighborhood of Shuafat. Some Arab children began to chase him.

“There was a sense [of fear], the boy went into trauma, and the Arab children screamed and scared him. Suddenly, there was a miracle. A local Arab owner of a kiosk on the Shuafat road took the boy into the store and called police, who soon arrived and returned our boy safely home.”

“There could have been a tragedy,” the father said. “We must thank Hashem every moment.”