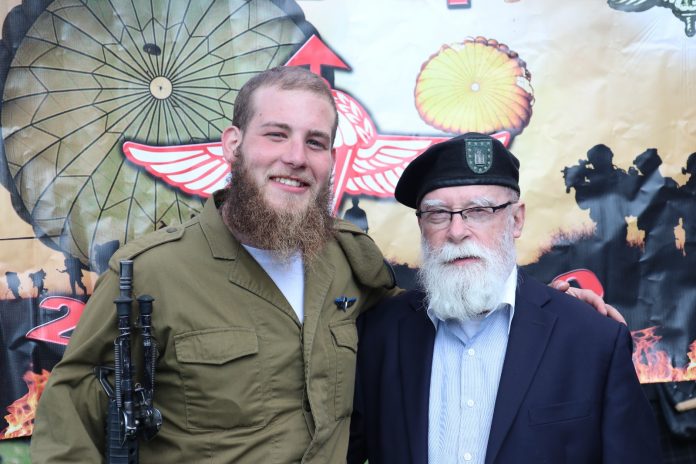 >>Follow Matzav On Whatsapp!<<
Thirty-five chareidi soldiers from the Chetz paratrooper company received their red berets on Thursday in a ceremony that took place at Ammunition Hill in Yerushalayim, a national memorial site commemorating the valor and heroism of the paratroopers who fought to liberate Yerushalayim during the Six Day War.
Among the new paratroopers was Joe Brickman, a native of Crown Heights in Brooklyn, NY, and a grandson of Colonel Rabbi Jacob Goldstein, former chief chaplain of the New York Army National Guard. Rabbi Goldstein made a special trip to Israel in order to attend the ceremony and congratulate his grandson and fellow soldiers.
{Matzav.com Israel News}