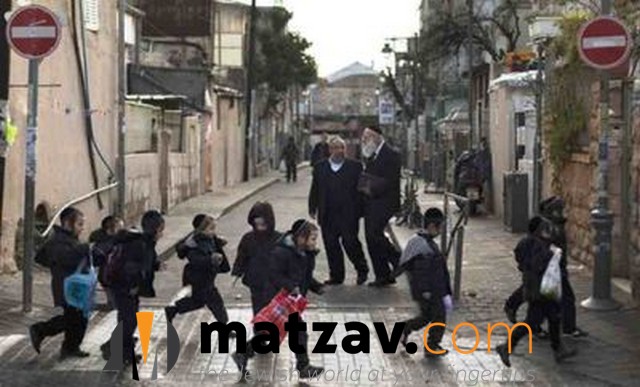 Yedi’ot Yerushalayim noted that 77% of children starting school next year will be chareidim and Arabs and only 23% will be religious-Zionist or secular. Even Ramat Eshkol, which was almost completely secular until a few years ago, now has only one secular kindergarten and 58 chareidi kindergartens.

The Neveh Yaakov neighborhood in northeast Yerushalayim now has 82 kindergartens versus 53 in 2011. Its last secular school closed down four years ago.