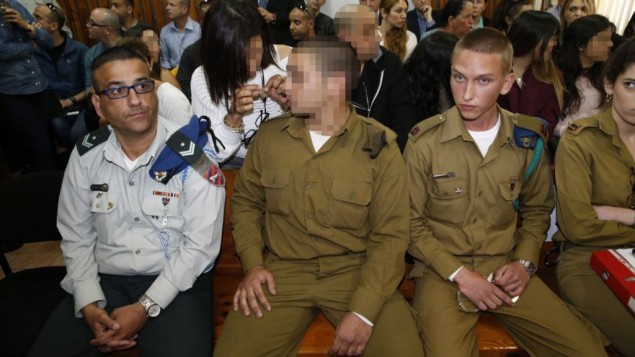 The case of the Israeli soldier who shot a wounded Palestinian terrorist in Chevron continues to unfold.

An Israeli military court prolonged the soldier’s arrest for the second time, reports Tablet Magazine, but the prosecution is now charging him not with murder, as was originally suggested, but with the downgraded charge of manslaughter.

According to the prosecution, the soldier’s commander testified that a few seconds after he shot the terrorist, the soldier said he did it because the terrorist was still alive and he ought to have been killed.

Still, unanswered questions abound, some that support the soldier’s case and some the prosecution’s. Why, for example, did the soldier wait a full 11 minutes to shoot the terrorist if he truly believed the man might’ve been wearing an explosive device under his coat? And if he truly believed the terrorist was strapped with a bomb, why didn’t he warn his friends or ask them to move away from the wounded Palestinian? On the other hand, why is the army claiming that the terrorist was no longer a threat once wounded, even though he was not checked by a sapper? And why was the army quick to accuse the soldier of murder before conducting even a preliminary investigation on the ground?

These issues will all be addressed as the case continues. Meanwhile, Israeli public support for the young soldier is overwhelming. According to a host of recent surveys, as many as 82 percent of Israelis stand with the soldier, and 57 percent believe there’s no need for any further legal measures. Spontaneous demonstrations of support continue to pop up throughout the country, including one on Thursday in front of the military courthouse where the soldier was being arraigned.