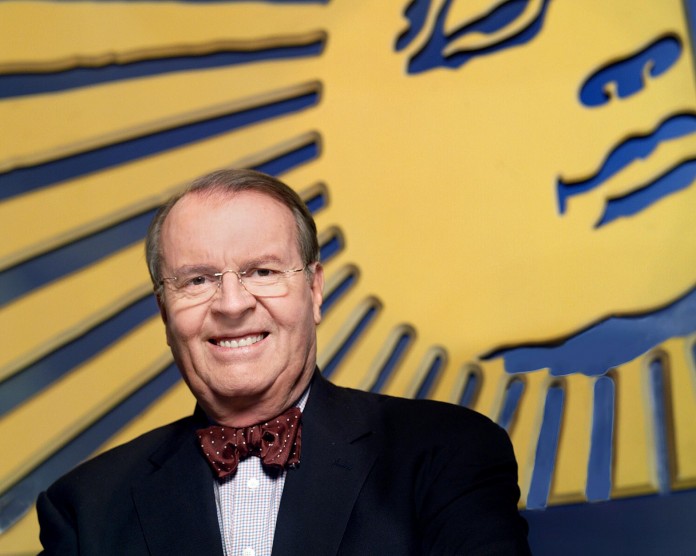 He started reporting for CBS in 1967. Now, 49 years later, Charles Osgood is bidding the network farewell — with a melody.

“So long, it’s been good to know you. A long time since I’ve been home. I’ve got to be driftin’ along,” he sang on air Sunday as he announced he was stepping down as host of “CBS News Sunday Morning.” He will stay on through Sept. 25.

Osgood has been the face of the weekly program since 1994, when he took it over from its first host, Charles Kuralt. Clad in his signature thick bowtie, Osgood told his viewers that his friends and family frequently ask him why he’s still doing it, considering he’s 83 years old.

“It’s just that it’s been such a joy doing it,” he said. “Who wouldn’t want to be the one who gets to introduce these terrific storytellers?”

His replacement has yet to be announced. The Associated Press reports that CBS regulars Jane Pauley, Anthony Mason and Lee Cowan are being considered. CBS News President David Rhodes released a statement praising Osgood’s career, but made no indication of who will lead the show, which has a year-to-date audience of nearly 6 million viewers.

“Charles Osgood has one of the most distinctive voices in broadcasting, guiding each broadcast, making sure the words were just right, and being a calming, reassuring presence to our viewers,” Rhodes said.

Osgood isn’t completely retiring from the news business, however. He will still appear on his weekday morning radio show, “The Osgood File.”