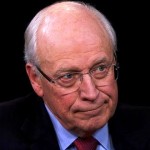 Vice President Dick Cheney wrote an op-ed with his daughter, Liz Cheney, in The Wall Street Journal attacking President Obama in harsh terms. “Rarely has a U.S. president been so wrong about so much at the expense of so many,” they write. According to Cheney, the president “doesn’t seem” to care about al Qaeda terrorists, botched negotiations with Iraq and abandoned them, and is “busy ushering America’s adversaries into positions of power in the Middle East.”

Heaping accusation upon accusation, Cheney claims the president is “determined to leave office ensuring he has taken America down a notch.” Speaking to the potential of the U.S. working with Iran on Iraq, Cheney says “only a fool would believe American policy in Iraq should be ceded to Iran.” Read more at The Wall Street Journal.