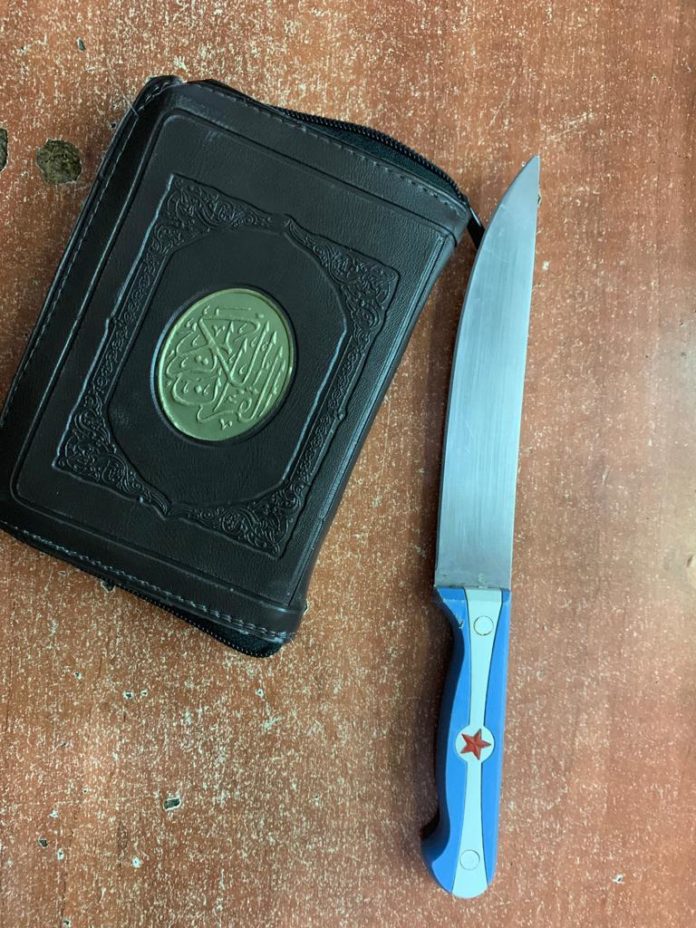 Border Guards arrested a 22-year-old Palestinian Authority woman at one of the inspections stations next to the Me’oras Hamachpelah in Chevron today for planning to commit an act of terrorism.

After the Border Guards sent the woman through a metal detector due to her suspicious behavior, the soldiers discovered the knife she was carrying. She drew the knife while trying to escape but was talked into laying it on the ground.

During questioning it became apparent that she intended to carry out a stabbing.