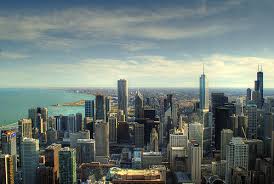 The summer is winding down in Chicago, a city beset by violence that has skyrocketed to levels unseen in recent memory and now rapidly approaching a grim milestone. A particularly deadly month has pushed Chicago’s number of homicides so far this year almost equal to the number seen in all of 2015, even as four months still remain on the calendar.

August was a brutal month for Chicago, which has been dealing in tandem with staggering amounts of gun violence and an embattled police department tasked with fighting the bloodshed. There were 90 homicides in Chicago during the month of August, a number that most major cities in the country did not match during the entire first six months of 2016, according to police department data.

Even as homicides have spiked in a number of cities across the country, following increases in bloodshed in many of the same places last year, the situation in Chicago has stood out through sheer scale. The country’s third-biggest city has seen more homicides this year than the only two bigger American cities – New York and Los Angeles – combined.

So far this year, 471 people have been killed in Chicago, about 50 percent ahead of the same point last year and almost even with the 473 total homicides recorded by police in 2015. The city, spurred by an August that was its most violent single month in almost two decades, is on pace to have more than 600 homicides in a single year for the first time since 2003.

The story of Chicago’s bloodshed is one of gun violence. In August, when an average of three people were killed each day, there were 384 separate shooting incidents and 472 shooting victims, according to police department data. Police said more than 90 percent of the people killed so far this year were fatally shot, similar to the number from last year.

Authorities in Chicago say the violent crime there is largely being committed by repeat offenders with illegal guns, and police have targeted gang members who they say are known to law enforcement.

“The historical cycle of violence we have seen in some communities must come to an end,” Eddie Johnson, the Chicago police superintendent, said in a statement early Thursday. “Repeat gun offenders who drive the violence on our streets should not be there in the first place and it is time to changes the laws to ensure these violent offenders are held accountable for their crimes.”

Chicago is one of multiple cities struggling with an increasing number of homicides this year, upticks that come after decades of falling crime nationwide. More than two dozen police agencies in major metropolitan areas have reported spikes in homicides by the midway point of this year, and killings in Chicago and other places have received additional national attention after being invoked by Republican presidential candidate Donald Trump.

In some places, like Chicago, the violence increased last year and has only continued to rise this year. But that is not uniformly true among cities where more people were killed last year than in 2014, according to police data.

Just after the midway point in August, there were 222 homicides in New York City, even with last year. Shootings have also declined there. Philadelphia had 190 killings through the end of August, up from the 174 a year earlier. Los Angeles had 182 homicides through the end of last week, down slightly from 186 a year before.

Homicides went up in a number of cities nationwide last year, but some places bore a heavier toll than others in 2015. An analysis by the Brennan Center, a law and policy institute in New York, found that three cities – Chicago, Baltimore and Washington – accounted for more than half the overall increase in homicides last year in the country’s biggest cities.

Unlike the situation in Chicago, violence has not escalated in the other two cities. In Baltimore, which saw a record number of killings last year, there were 199 homicides by the end of last week, down from 218 at the same point a year earlier, according to police data. Washington, D.C. saw 162 people killed in homicides last year, the most since 2008. The nation’s capital had 90 homicides as of Thursday, down from 105 a year earlier.

Experts have warned against drawing broad conclusions from relatively limited data this year, noting that they do not necessarily suggest a trend. (The FBI has not yet released its national crime data, though it has released preliminary data for the first half of 2015 showing an increase in murders and violent crime.)

Crime rates across the country remain at historic lows, far below what the country saw a quarter-century ago, something criminologists point out when asked about the recent increases. Between 1990 and 1995, Chicago had at least 800 homicide victims each year. Los Angeles had 983 homicides in 1990, a number that ticked up in the early part of that decade; last year there were 283 killings. In Philadelphia, police say the 500 homicide victims in 1990 was its peak, while last year there were 280 homicide victims. New York had 2,262 murders in 1990, a number that fell to 352 last year, police say.

Still, this recent spikes in some cities — including places that, like Chicago, also saw upticks a year earlier – have prompted concern from law enforcement leaders unsure of what is causing it.

“People say to me, ‘Well, the increases are off of historic lows,’ ” FBI Director James Comey told reporters earlier this year during a discussion of the homicide numbers. “How does that make any of us feel any better? I mean, a whole lot more people are dying this year than last year, and last year than the year before, and I don’t know why for sure.”

This sentiment was echoed by Darrel Stephens, executive director of the Major Cities Chiefs Association, the group of law enforcement leaders that collected and released homicide data from dozens of cities.

“Even if we had decreases in every one of our cities, you still have too many people killed in America by homicide, more than any other industrialized nation in the world, and mostly because of gunfire, and mostly in high poverty areas of our communities with a significant impact on African American populations,” Stephens said in an interview this summer. “Yes, we ought to be concerned about it.”

Law enforcement officials in cities across the country have suggested different reasons for the increases, pointing at times to gangs, a proliferation of guns and drugs. Others, like Comey this year and last, have wondered if police are acting less aggressively in an era of increased scrutiny (an idea known as the “Ferguson effect,” taking its name from the Missouri city that saw protests after a white police officer shot a black 18-year-old in 2014).

In Chicago, where the homicide counts have only increased, police say they are working to fight the bloodshed, noting that murder arrests and gun arrests had both ticked up in August compared to the same month last year. The department also said it has seized or collected 5,900 illegal guns. But heading into the last third of the year, many remain on edge. In a poll earlier this summer, people there said they thought kids growing up in Chicago were as likely to be the victims of violent crime as graduate from college.

“We have parents begging their kids not to come home from college for Labor Day weekend” out of fear, the Rev. Michael Pfleger, who has marched against violence in the city, said during a protest Wednesday against gun violence, according to the Chicago Tribune.

Gov. Bruce Rauner (R) said Wednesday he would not do that or bring in the Illinois National Guard, saying that would be an “emotional” response that could possibly exacerbate the situation and “wouldn’t make sense.”

The problems in Chicago are not city-wide, though. Police data show that the killings are concentrated in areas across the city’s southern and western sides. Six of the city’s 25 police districts have seen killings remain flat or decline this year, while five districts on the south and west sides have been home to most of the homicide increases.

“Crime is a neighborhood phenomenon,” Richard Berk, a professor of statistics and criminology at the University of Pennsylvania in Philadelphia, said this summer. “You have to look at particular neighborhoods, neighborhood by neighborhood, to see what’s going on.”

During his discussion of homicides nationwide earlier this year, the FBI director made a similar point, using Chicago as an example of a place where many may be removed from the bloodshed.

“I worry very much it’s a problem that most of American can drive around,” Comey said. He pointed to Chicago’s Miracle Mile as a place where “you can’t hear the sounds of gunshots that have killed” hundreds in other parts of the city.

“It’s happening in certain parts of the cities,” he said. “The people dying are almost entirely Black and Latino men. We can’t drive around that problem.”

While this violence has persisted, the Chicago police have also been the focus of a federal investigation as well as local efforts to reform the department. The Justice Department launched a sprawling probe into the Chicago police last year, not long after video footage was released showing a city police officer firing 16 rounds into Laquan McDonald, a black teenager. After the video was released, the police superintendent was dismissed, a mayoral task force pilloried the department as having “no regard” for the lives of black people and the city announced a series of policing reforms.

The McDonald shooting continues to reverberate through the department with no clear end in sight. Earlier this week, Johnson recommended firing five officers — including Jason Van Dyke, the officer who shot and killed McDonald in 2014 and has since been charged with murder — and accused them of lying about the incident. Through it all, the Justice Department’s probe continues, and such investigations often end with court-enforced orders demanding changes.

Chicago’s violence has again been pushed into national headlines by recent incidents like the death of Nykea Aldridge, cousin of Dwyane Wade, an NBA star and Chicago native. Aldridge was killed last month pushing a stroller on the sidewalk, and police said she was not the intended target but was instead shot by someone aiming for a different person.

Aldridge’s death received added attention after Donald Trump pointed to the shooting and claimed it was evidence of “what I have been saying,” just days after the Republican nominee claimed that a “top police officer in Chicago” had told him there was a way to stop the bloodshed “within one week.”

Trump did not name the officer, and his campaign did not respond to a request to identify him. The Chicago police say no senior officials met with him or his campaign, but they added that he is welcome to offer his input.

“If you have a magic bullet to stop the violence anywhere, not just in Chicago but in America, then please, share it with us,” Johnson, the police superintendent, said this week. “We’d be glad to take that information and stop this violence.”