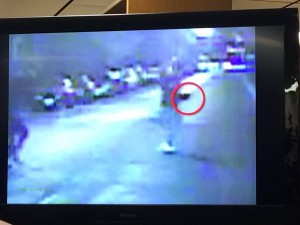 Alvarez said a loaded weapon was recovered from Johnson.

Johnson was shot and killed in October 2014 by Officer George Hernandez, who was off duty, after police say he threatened Hernandez with a gun.

Johnson’s family is suing the department and last week asked for the dashcam video to be released. They maintain Johnson was unarmed and was running away.

Police insist Johnson was armed and turning to fire. Johnson’s family is expected to hold a press conference immediately after the announcement.